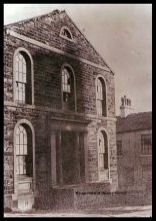 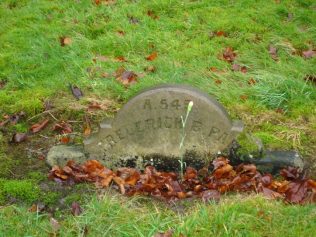 We now come to my great-grandfather Frederick Bayley Parr.  He was born near Ludlow in 1854 and died in Bacup, Lancashire in  November 1900.  We have pictures of Thomas Parr and all his sons and their families except  Frederick.  Frederick became a preacher in Bacup in 1889 having moved there from Failsworth near Manchester  and prior to that Salford and Birkenhead.  He was a stonemason by trade, though often not in employment.  It’s likely he was preaching before 1889 and possibly as early as 1881.  I expect it was in his blood.

In Birkenhead, where he was living with his mother at the time of his father’s death in 1866 (his father died whilst at Penkridge), he met and married Emma Roberts and they were married at Bolton Parish Church in 1872.  At the time a new parish church was being built and it is unclear; firstly why they were married in Bolton at all since Emma’s family were from North Wales and Cheshire and secondly which church in Bolton.  It is possible Frederick was working on the new church at the time of his marriage.  It seems the new one was not fully complete until after 1872, perhaps marriage in the old church would have some resonance.

Frederick and Emma had three children;  James Frederick was born in 1876 and his sister, Agnes Emma, in 1877, both in Birkenhead.  Arthur was born in Salford in 1879.  The family moved to Bacup, Lancashire around 1885.  The family was active within the local Primitive Methodist community and attended North Street Chapel.   The photo is from the Bacup Times website http://www.bacuptimes.co.uk/churches.htm with thanks to Wendy Lord.

A significant feature of the lives of later members of the Parr family is Beulah United Methodist Church, at the junction of New Line and Rochdale Road, Britannia, Bacup.  But we have records of Frederick baptising local children at the chapel.  Therefore it’s certain that the Parr family were involved at Beulah in Frederick B’s time.  This was before the amalgamation with the Bible Christians and New Connexion Methodists in 1907.  Note the heading on the certificate.  For details of Beulah, see http://www.genuki.org.uk/big/eng/LAN/Bacup/Beulah.shtml

By 1901 with his father now dead, James Frederick Parr became a Primitive Methodist minister.  The 1901 census shows him to be lodging at 84 Baptist Row, Bedale, North Yorkshire.  Within a few years he left for Canada and the next and final news we have of him (to date) is from my Uncle Arthur’s 1946 diary giving his address as 120 Garfield Street, Winnipeg.  My uncle used to speak of an “Uncle Jim”.  But my Father, never!  After 1901 we find nothing more of Emma Parr, nee Roberts.  She is not buried with her husband.  The grave holds four people; Frederick B, his daughter Agnes Emma O’Hara, Arthur Parr and his wife, Hannah Sarah Chestney.  All Primitive Methodists during much of their lives.

This was the second of four chapters so two more follow this one.