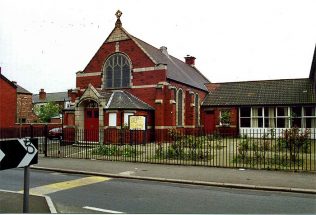 I was born in 1946, in Bolton, the hometown and birthplace of my Mother, Doris May (nee Taylor) shortly after my Father’s discharge from the army.  I knew nothing of the history related here until after my Father died and I spent more time with his brother, Arthur.  What I learnt was confusing but after his death in 1997 I found amongst his possessions some of his diaries from 1941 through till the 1960s.  Some had much detail, such as in 1942 he was asked by his RAF padre if he was a Methodist minister (No he was not).  Was it indicative of his upbringing and bearing?

No sweets on a Sunday!

Arthur, too was mostly teetotal, though less so after his wife died in 1988.  She was from a strongly Methodist background, her father was a coal-miner in the Rossendale.  She never let her nine year old nephew (me) eat sweets on a Sunday!  I also have all her account books covering the period from marriage until her death.  More research needed there also!  They lived for many years on the Isle of Man and Arthur became an expert on Celtic churches.  I lodged his Celtic church archive with the museum in Douglas.

Not long before my Mother died in 1992 she described for me her family background but claimed to know nothing of my Father’s.  I started researching this history but the real surprises came for me when the internet ancestor websites started up.  What had been confusion I started to clarify.

I could relate my days at North Road Methodist Church, Longsight, Manchester in the 1950s and early 60s and later to Radcliffe Wesleyan Methodist Church, Radcliffe, Lancashire where I was, for a short time until my family moved house (again), a Sunday School teacher.  I’d been baptised at the age of 14 and confirmed into the Church of England.  But my sisters were baptised as babies into the Church of England and my brother as a baby at North Road Methodist.

In 2001 I moved to my present home at Bronington, near Whitchurch, Shropshire [1] .  As I learnt more of my family I was astonished at the number of Primitive Methodist chapels surrounding us.  Many have connections with my great-great grandfather, tenuous to be sure.  But there remains that tombstone at Lapley.

This is the final chapter of this series, the last of four.  Well done!