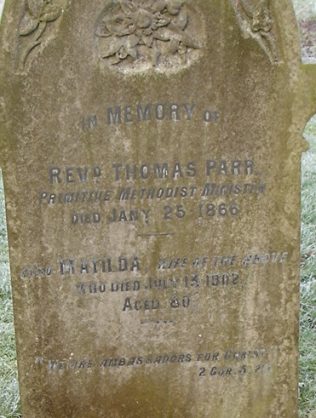 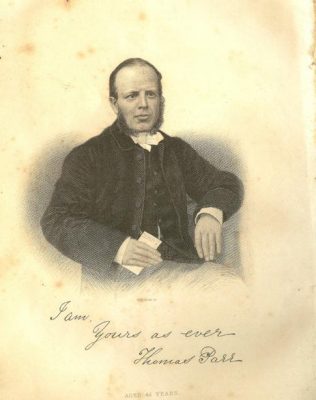 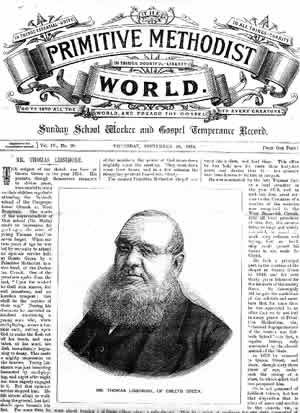 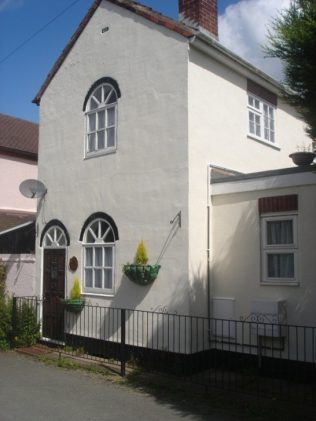 Travelling along the A5 in Staffordshire you’ll see signs for Lapley and Wheaton Aston.  In the graveyard of Lapley’s lovely parish church, All Saints, you’ll find this memorial stone.

Thomas Parr was a Primitive Methodist minister.  He was born, (I think) on 2nd November 1816 and christened at the Wesleyan chapel at Wolstanton on 1st December.  Why am I not sure?  Because, all the census returns for him suggest he was born two years later.

Thomas Parr was the son of another Thomas Parr who married Mary Reeves in Wolstanton on 10th June 1810.  They had  at least four sons and three daughters.  Thomas Parr was a “potter” so his father, if living around Burslem, would have been a contemporary of Josiah Wedgewood and Josiah Spode, but we have no evidence to date of any connection with either of these people nor of any connection with the Quakers or other Non-Conformist movements until 1810.

Of this elder Thomas Parr’s relations, one, probably his brother, founded the “Parr Pottery” around 1825.  Based on my research so far, at least two of Thomas’ children are of note for the purposes of this history; Thomas Parr Junior, who is buried at Lapley and of whom more later, and the youngest child, Aaron, born in 1826 and baptised at Newchapel, Tunstall.  Aaron was the father of a Wesleyan Methodist minister, Smith T Parr and in 1901 we find him in Selby Yorkshire following his calling.  Another son, William Henry Parr was also a Methodist minister and we find him in 1881 at Budleigh Salterton in Devon.  Aaron and his wife, Betsy, are buried in Tunstall cemetery along with a number of their children.

And so to Thomas Parr Junior, my great-great grandfather.  According to the picture he is 44 years old.  He died in 1866, so just four (or six years) after the picture was made.   He was married twice; to Mary Turner in Newtown, Powys around 1842.  Their daughter, Mary Ann, (a family name I think) was born on 3rd September 1844 in Newtown.  By then Mary Turner was probably dead and Thomas was minister at Wrockwardinewood, near present day Telford.

We’ll review their children and descendants all the way to my own father, Arnold Parr, in a little while.

But the first reference I have found to Thomas Parr comes from a copy of a newspaper, The Black Country Bugle, of fairly recent publication, though I have no date for it.  The headline “Illuminated Tribute to a Greets Green Methodist” refers to the life of  Thomas Lissimore of Greets Green born in 1816 and goes on… “When sixteen years of age he was led by curiosity to attend an open-air service held at Greets Green by a Primitive Methodist mission band, of the Darlaston Circuit. One of the preachers spoke from the text, “Upon the wicked he shall rain snares, fire and brimstone, and an horrible tempest; this shall be the portion of their cup”.   It continues… “He was nominated by the late Thomas Parr as a local preacher in the year 1838,”

Indeed according to the listing of Primitive Methodist Ministers, though not an entirely accurate source[1], Thomas Parr was fulfilling his first ministry at Darlaston in 1838.  It was the start of eighteen different locations over a twenty seven year ministry.  From the birthdates and birthplaces of the children; of the single daughter Agnes, a most caring daughter from the evidence we have, and the four sons (the only survivors of Matilda’s twelve pregnancies) we can chart the ministry of Thomas Parr and from the census returns the loneliness of a Primitive Methodist minister’s wife whose husband oftentimes must be elsewhere and whose death rendered her a widow at the age of 44.

Two of the sons, Theophilus, born at Bishop’s Castle, Powys in 1849 and James Tolefree, born at Oswestry, Shropshire in 1855 became prominent Primitive Methodist ministers.  Theophilus’ ministry carried him afar in England but further still to Africa, Australia and New Zealand.  His story is worth relating at a later time.  But more so that of James T Parr who in 1917 was President of the Conference making his address during a Zeppelin raid.  It’s tempting to say more.  But this narrative deals only with the immediate line of descent from Thomas Parr Senior to more or less the present day, emphasising the legacy of Primitive Methodism.

Two other sons, Thomas Philip and Frederick Bayley were Primitive Methodist preachers.  My great-grandfather, Frederick Bayley, we’ll come to later.  But first, more of their mother.

Matilda Bayley came from a Wheaton Aston family of farmers, farm-workers, tradesmen and avowed Non-Conformists.  It may be that Tolefree was Matilda’s mother’s maiden name.  But certainly there was a notable preacher in the district in the early 1800’s who carried the surname Tolefree and that in what was then a rough and tumble part of Staffordshire.  A chapel, Zion Chapel, was built.  It dates from 1815.  But Non-Conformist activities go back to 1745.  The Primitive Methodist Chapel was built much later.  It has been converted to a house nowadays, though maybe that was its original purpose.

Close by is Providence Cottage.  It was built some years before 1900 by Matilda’s father.  Matilda moved there with her daughter, Agnes Emma (a name we’ll come across again in connection with the Parr family) probably on the marriage of Agnes to Abraham Weate, a local farmer from a local family.  Emma was born at Bloxwich in 1859 or 1860 and died at Wheaton Aston in 1943.  Her mother died in 1902, see the memorial stone.

This is the first of four chapters. You can download the whole document by clicking on the icon below.