You are here: HomenextPeoplenextFamily HistorynextWorshippers by the Wiltshire Wayside - some Veterans of Village Methodism

Worshippers by the Wiltshire Wayside - some Veterans of Village Methodism 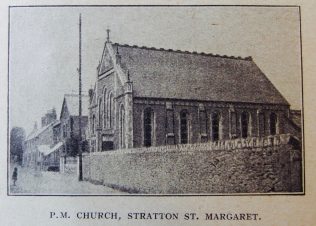 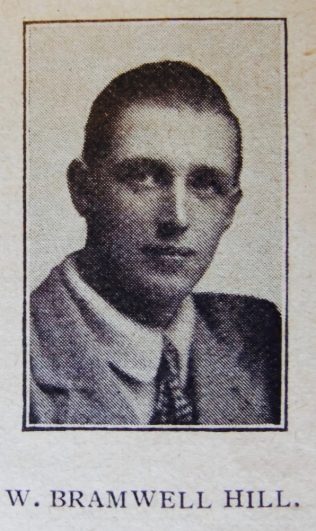 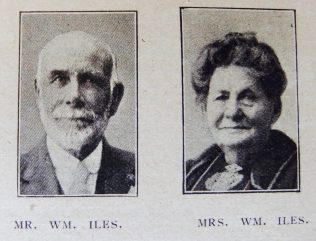 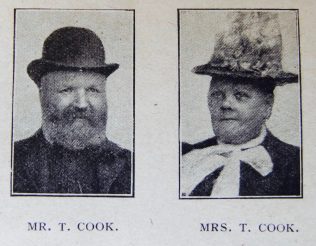 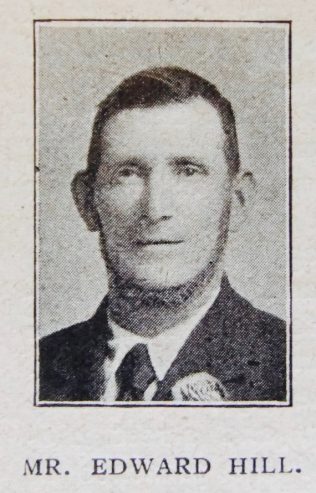 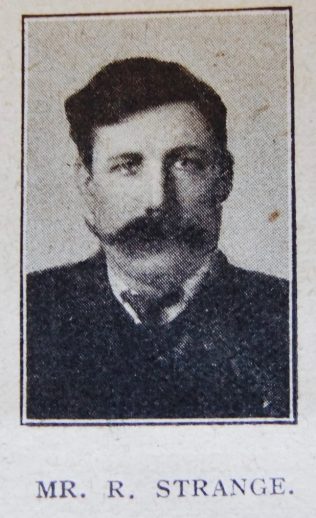 Transcription of article in the Christian Messenger by W. Bramwell Hill

MICHAEL FAIRLESS, in that exquisite little book, “The Roadmender,” finds in the point of view of the old roadmender on the wayside many things of beauty and that which brings “joy for ever.” In delightful fashion she interprets the many-sided observations that would pass through the mind of a philosophic mender of roads.

She finds a glorious gospel in common things and the roadside always holds for her the burning bush. And so, too, will he who is possessed of eyes of discernment discover as he traverses the roadsides that lead through English country villages, the very genius of Primitive Methodism.

Not that any monopoly of virtue is here. Our greatest victories have been among the gardens. Ours is the story of the faithful few who amid the ruralities have lived their life. Their bodies pass away, but their influence abides. My purpose in this article is to tell the story of some village veterans who have lived amid the Downland country of Wiltshire, where Richard Jefferies made immortal the “Wild Life of a Southern County,” and Alfred Williams hammered iron and wrote lyrics of  “Villages of the White Horse.” More prosaic, perhaps; but still a very subtle connection exists between the association of Wiltshire, the companions of the Prodigal Son, and the menu that makes up the finest breakfast an Englishman loves the best of all!

The Wiltshire village of Stratton St. Margaret has been made Connexional important as being the birthplace of Levi Lapper Morse, and that of his son, W. Ewart Morse. There is a tablet to the memory of Charles Morse, the grandfather of Mr. Ewart Morse, on the wall of the Stratton Church. There are few villages in Primitive Methodism able to boast of so fine a suite of premises as that at Stratton. Men of daring faith and the spirit of bold adventure erected a really monumental church and school. Standing well up, with a line frontage, the place does credit to Primitive Methodism.

Our church occupies the most prominent position in the village, and a unique niche in the life of the place generally, and many fine characters have been among the membership throughout the years. They have passed within the Veil, but the worth of their discipleship abides.

William Iles and Thomas Hunt are not, but they walked with God and left a good testimony behind them. Both had superintended the Sunday school. Since their passing, others have gone too. Edward Hill was a tile maker and was skilled in all manner of artistic pottery. He was affectionately styled “Tily,” and was a well known figure in the parish and the neighbourhood for many miles around. His was a many sided life and packed with all sorts of experiences. He loved the Church, and for forty-three years was a loyal and devoted follower of his Lord. Football, cricket and running were his favourite pastimes, and indeed up to the time of his last illness he loved these things with the heart of a boy. Cheerful of disposition, he never grew old. A brand plucked from the burning, he loved to tell the story of his conversion. The Methodists were having a mission in the village, and were busy one evening parading, the streets. “They’ll have thee next,” asserted his favourite landlord, as they both stood together at the door of one of the most ironically named public-houses I have ever seen “Jacob’s Ladder.” “ They won’t,” answered Teddy emphatically, but sure enough, before the evening was out, as the cumulative result there is no doubt of the prevailing prayers of his honoured son, Mr. W.H. Hill, they did have “Teddy.” Wholehearted in things unworthy, he became just as wholehearted in things worthy. Personality was intact, but it was in a new direction. One of the original trustees of the present property, he was a sturdy and solid type of Church member who does not care overmuch for the limelight. He did his best in a quiet way. Ministers galore have shared the lavish hospitality of his home at Stratton Cross Roads while the story of the missionary endeavours of Mrs. Hill reads like a romance. At the age of seventy-three he passed away, honoured and respected. Practically the whole of his large family are connected with the Christian Church in some way or other. The story of the missionary collecting record of Mrs. Hill must be told another time. She is left to mourn his loss. His daughter, Mrs. W.G. Miller, the leading worker at our Stratton Church, renders invaluable service.

Thomas Cook, another of the original trustees, has passed from us this last few months. Attaining the ripe old age of eighty-four years, for over fifty of this period he was a faithful preacher of the Word. So much more than that which lies within the simple yet sublime term “local preacher” is involved in the story of the activities of those early days; that one would gladly seek a bigger emphasis. Legology was the counterpart of theology, and their combination made it impossible to get home till morning on more than one occasion. Thomas loved to recall the days when Camp meetings were the order, and street processions reminded folk of the presence of the “peculiar people called Methodists.” No doubt the peculiarities were as obvious as they have ever been! His powerful frame and sonorous voice were natural advantages for this distinctive work. He seemed to possess a never-failing fund of “boiler power” and enthusiasm. Mr. Cook was a man with an ideal. Having a passionate love of music all his days, his heart’s desire was to see a pipe organ installed in our church at Stratton. He lived for this ambition and never lost an opportunity of voicing his concern for the songs of Zion. It was the dream of his life. It has not yet materialised, but it is surely a challenge and an opportunity to those left behind. He was a picturesque figure in the village, and his place is hard to fill. For many years he worked in the Great Western Railway works as a sawyer. One of his quaint sayings was that he was “like a bread and cheese dinner,” always ready. This when he was unexpectedly called upon by the steward with the Nathanic “thou art the man” look upon his face, and commanded to take the service as the appointed preacher had failed to put in an appearance. Here again his widow tarries awhile until the reunion shall take place in God’s good time.

I have written of those who did exploits during a long series of years and made the Church of the past. To write of Robert Strange is to write of one who belongs to the “Church of the Future.” At the age of forty-three he passed away after a swift but painful illness, leaving a devoted wife and two little ones to fight the battle of life alone. The village was strangely moved at the news of his death, for he was a strong man among us. He had been connected with our Church at Stratton since his boyhood days. He had come through the Sunday school and had served it in return with a rare devotion. It is in this latter sphere that he will be missed, after his home, the most of all. He had an intense love for children, and radiated the ministry of a cheerful disposition among them. Always modest and retiring, he was withal solid and dependable, and of the type the Church could ill afford to lose. The funeral was a remarkable demonstration of esteem and a real tribute to a man who was highly respected by all sections of the community. Our splendid building was quite full By occupation a smith’s striker, he served the Great Western Railway in this capacity faithfully and well, and was highly regarded by his workmates as a man of virile Christian character. The Rev. J. Rennison’s memorial tribute based on the words, “And the brook dried up,” was appropriate to a degree. The mystery of his passing deepens, but the worth of his life becomes clearer.

And so these village worthies are of the type that make the country fragrant, and of the class of whom Lord Northcliffe is reputed to have confided to an Oxfordshire rural worthy, “You men are the backbone of England.” May we conclude with Sylvester Horne’s considered judgment of our ilk? “Primitive Methodism is an influential and picturesque movement, which represents probably the noblest influence of to-day on the life of rural England.” And though not alone in this sphere in its influence powerful, we have assuredly won, at least, some victories in the villages.

William Iles: Born abt 1848 at Stratton St. Margaret, Wiltshire, to parents Henry and Caroline. Henry was a coal merchant (1851).

Thomas Hunt: I have not been able to identify Thomas unambiguously in the census returns.

Edward Hill: Brother of Jane Hill, above, was born abt 1848 at Weston-super-Mare, Somerset, to parents Edward and Elizabeth. Edward, senior, is identified as a tilemaker and publican in the 1851 census.

Edward also worked as a brick and tilemaker. He married Emily Jane Iles (1849-1929) in the spring of 1867 in the Axbridge Registration District, Somerset. Census returns identify nine children.

Thomas Cook: I have not been able to identify Thomas in census or death records. Can anyone point me in the right direction.

Robert Thomas Strange: born in 1877 at Lower Stratton, nr Swindon, Wiltshire, to parents Charles and Elizabeth. Charles was a shepherd.

The 1911 census describes Robert as a blacksmith’s striker in the loco dept, GWR.

Robert married Annie Gibbs (b abt1879) in the summer of 1904 at Stratton St. Margaret, Wiltshire. I have only identified one child.

Robert’s memorial stone gave the date of death as 19 April 1922.

Note: The 1891 census describes Robert W.B.F. Hill as son of Edward Hill. In 1901 he is described as a grandson. The 1911 census refers to son, Harry, a brickmaker, born abt 1888. The evidence relating to the last child of Edward is conflicting. Can anyone help to clarify the situation?