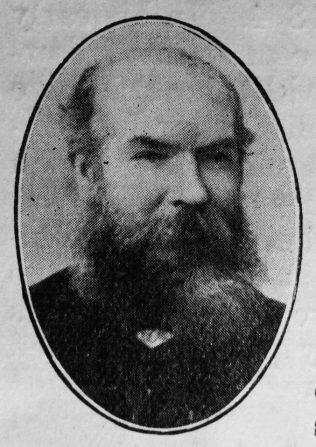 Transcription of obituary published in the Primitive Methodist Magazine by A.E.W.

Henry Adams was born at Towcester, near Northampton, in 1837. He had meagre opportunity for education, the little he got being mostly obtained in a Sunday School when but a boy. At an early period of his life good impressions were made upon his mind and heart at the school. In 1860, he came to Northampton to live. He attended the District Camp Meeting in 1862, and there freely gave himself to God. He soon after joined our Connexion, and in 1868 was put on full plan. This position he held until the time of his departure to higher service.

He was of a beautiful, quiet, meek spirit, having ever a firm trust in his Redeemer. As a local preacher he had a firm grip of the fundamental doctrines of the Christian faith, and being clothed upon with power he clearly explained and enforced gospel messages, and his heart was overjoyed when any sinner sought the Saviour. He walked often very long distances in all kinds of weather to preach the unsearchable riches of Christ.

At the close of life, though in much pain, his confidence in his Saviour was bright and clear, and did not waver. Even up to the last he exhorted visitors to his bedside to give themselves to the Saviour.

An impressive funeral service was held on the 21st February, at Harlestone Chapel, Rev. A.E. Willcox and Rev. C. Moore taking part. His mortal remains were laid to rest in Wallington Cemetery, and a memorial service was held on the 24th inst., when suitable addresses were delivered by Rev. C. Moore and Mr. Loveday. He leaves a widow, who is a member with us, and is highly respected, likewise two grown-up daughters, whom we earnestly commend in prayer to the God of all grace.

Henry was baptised on 21 April 1837 at Towcester, Northamptonshire. His parents were George, a hairdresser, and Ann.