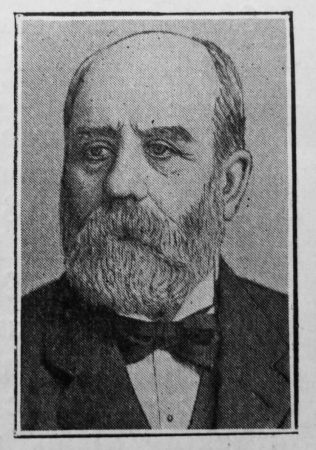 Transcription of Obituary in the Primitive Methodist Magazine by John Bell

Mr. Thomas Armstrong was born at Seaham Harbour, on August 14th, 1842, and died at Murton Colliery, October 10th, 1906, aged sixty-four years. Of his early life we know comparatively little, except that he attended the Church Sunday School. On arriving at manhood he removed to Haswell.

He was converted during Revival services in connection with our church, and at once identified himself with our Church and Sunday School. Removing, in 1873, to Murton Colliery, he joined our Church there. In addition to being a Sunday School teacher, he became a class leader, and also a trustee. All departments of church life and work had his deepest sympathy and heartiest support; and his home was an open house for our ministers and local preachers for many years.

On Saturday, October 14th, an impressive service was conducted in our Church by our esteemed superintendent minister, the Rev. Matthew Johnson. Addresses were given by Mr. John Wilson, M.P., and Mr. J. Bell, colliery manager. There were present on the platform the Rev. J.S. Wilkinson, Mr. John Johnson, M.P. for the Borough of Gateshead, Mr. S. Galbraith, miners agent, Mr. Joseph Hall, ex-Circuit steward, the church being packed with mourners. Arrived at the grave both ministers took part in the service, and the choir rendered very effectively the beautiful hymn, “Shall we gather at the river?” Several of the officials and most of the workmen of the colliery were present.

Mr. Armstrong was not only a useful and consistent member of our Church, he was also a brother beloved by all the workmen of Murton Colliery. For the last twenty-five years Mr. Armstrong was financial and corresponding secretary for Murton Miners’ Association, and check-weighman up to the time of his death. He was also a District Councillor, a Guardian, and a County Councillor, all of which positions he filled with satisfaction to his constituents and with credit to himself. He won golden opinions from all sorts of people, but his chief aim was to please God.

Thomas was born to parents Thomas, a coal miner, and Ann.