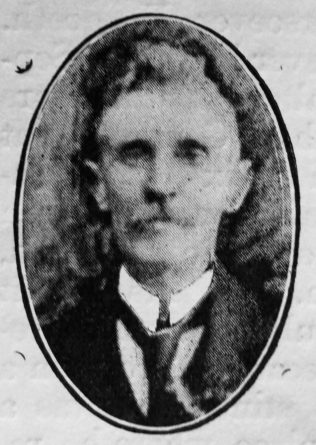 Transcription of obituary published in the Primitive Methodist Magazine by T.A. Young

Robert Atkinson was born on May 11th, 1856, and was translated on October 8th, 1907. By his death the Kimblesworth Society and the Chester-le-Street Circuit have lost one of their most faithful sons. He went to work in the mine as usual on Monday morning, October 7th, but before he had been long there the roof of the place where he was working gave way and fell upon him. After he was extricated, and the doctor examined him it was found there was no hope, and after suffering intense pain he fell asleep on Tuesday morning.

Robert Atkinson was associated with our church for many years, during which time he deeply interested himself in all that concerned her welfare. A class leader who made that meeting a veritable means of grace, he was equally apt at teaching in the Sunday School, and many young men in the village have to thank God that Robert Atkinson directed their steps in the path which leads to manhood and to God. He was a keen reader, a lover of the poets, and—for a man with his opportunities—had a wonderful knowledge of literature.

But we felt above all that day we were laying to rest a true man. Not one of his fellow-workmen but would have admitted that his life and character had won for him the respect and esteem of all. His straight-forwardness, the transparency of his motives, the fearlessness of his advocacy for right, the honesty and integrity of his life have preached many a sermon and will continue diffusing light in days to come.

The funeral service was conducted by the Revs. R. Fletcher and T. A. Young. Hundreds of his fellow-workmen followed the remains of their fallen comrade to the grave, and the vicar of the parish—out of respect for the deceased—joined in the procession.

Robert was born on 11 May 1856 at Leasingthorne, nr Bishop Auckland.

He married Alice Clark (b abt1858) in the spring of 1880 in the Durham Registration District. Census returns identify one daughter.

Robert died on 8 October 1907 at Kimblesworth, Co. Durham. A stone fell away from a breaker running parallel to the coal face and killed him; the timbering rule had not been carried out.