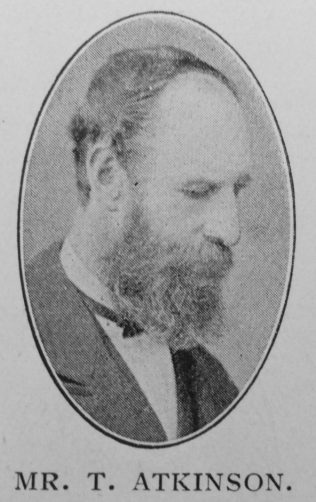 Transcription of obituary published in the Primitive Methodist Magazine by F.G. Starling

By the death of Thomas Atkinson, June 12th, 1910, our church in North Lincolnshire has lost a lifelong adherent and a generous benefactor. A man of strong will, sturdy independence, and simple habits; hard working and possessed of great foresight and initiative, from humble circumstances he rose to affluence.

Coming, thirty years ago, to North Kelsey, Brigg Circuit, he became local preacher, class leader and society steward. Several of our chapels have benefited by his generosity and one at least was built on his initiative. His first gift to our Church was £5 —all his savings; his last was a contribution to the Centenary Fund.

Interested in the public life of his village, our brother, years ago, was instrumental in securing good school accommodation, and again he was responsible for securing a public cemetery free from sectarian control, in spite of active opposition from the Church, the Bishop, and the Home Secretary of that date.

The crowded funeral services were conducted by Revs. F.G. Starling and T.B. Heward, the latter conducting a memorial service on the following Sunday evening. We thank God for his life and pray that his wife and children may meet him in heaven.

Note: The probate record gives the date of death as 5 June 1910, not 12 June as given in the obituary.