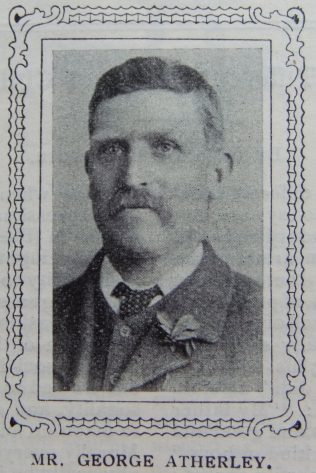 It is an unmixed pleasure to speak well of a man about whose life and character you have no misgivings; a man who improves on closer acquaintance and wins from you a warm esteem. This is one’s impression about the subject of this sketch. It is impossible to doubt his goodness; and in all his relations to the Church there is a transparent fidelity and brotherliness. He was reared in the colliery hamlet of Hayseech, Old Hill, and has lived in or near it all his life of 47 years. His Godly mother, who recently passed to rest, was a member of our little church at Hayseech from its beginning. Her son, George, joined the society 29 years ago, and 7 years afterwards became its Society Steward. This office he has filled with great fidelity and with unwavering loyalty to the Primitive Methodist Church. During his 22 years of service in this post, he has been absent from two Quarterly Meetings only, and then of necessity. He has stood firmly for what he believed to be right, but has not intermeddled in the too frequent storms and strifes around. He is the essence of kindness and sympathy, and has been a constant helper and friend of the ministers. In these things his steady, quiet influence on the members of his own Church has been a moulding and shaping force. The seals of office have been hallowed by the Christian deportment and spirit of the holder. A few weeks since, Mr. and Mrs. Atherley – also of Primitive Methodist origin – invited the Church, congregation, and choir to a Social Tea on the occasion of their silver wedding. It was pleasant indeed, to hear the gracious and very warm words of esteem spoken on the occasion.

George was born in 1861 at Old Hill, Staffordshire, to parents John and Nancy. John was a coal miner.

George was a stonemason by trade, working for the firm of Davis and Sons, Old Hill.

His obituary records that George was a member of the West Midland District Committee for many years and on several occasions represented his circuit at the Synod.