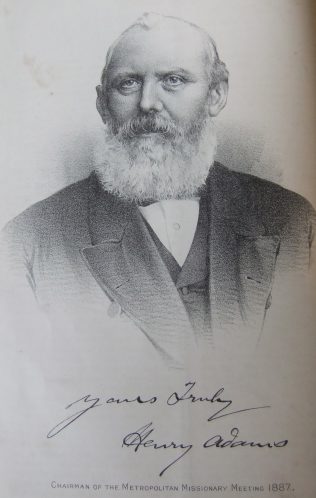 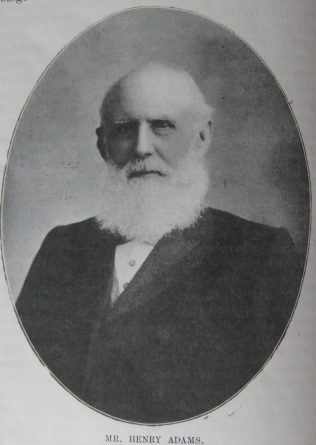 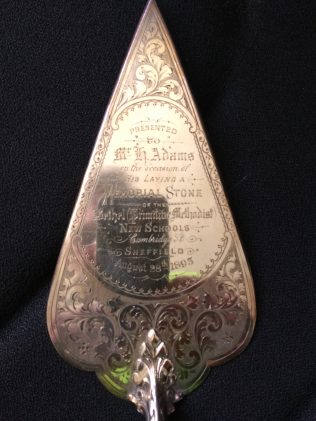 Henry was born in 1836 in Hollins End, Yorkshire to parents James Adams and Rebecca Pinch.

Henry began life in a miner’s cottage but became a prince of commerce, a great philanthropist and a distinguished religious leader. A key characteristic in Henry was that he did things promptly, punctually and with the greatest possible despatch.

Henry joined the Primitive Methodists when he was 25 year old. He opened his house for preaching services as the village had no chapel. Henry moved to Sheffield in 1863 and joined the Bethel Society. He was soon involved in mission work in the south of the city leading to the formation of the John Street Circuit.

James started his working life as a collier, like his father. In 1863 Henry became an agent for the Refuge Assurance Company, and began what was destined to be one of the most successful careers known to the Assurance world. In this work he discovered and developed his genius for business. For many years he was a Director of the Company, for which he was once only an agent.

Henry had a passion for building Primitive Methodist chapels. The Passive Resistance movement also found in Henry a vehement and liberal supporter.

Henry was Chairman of Metropolitan Missionary Meeting in 1887 and Vice President of Conference in 1888. Henry served on all the important committees of the Primitive Methodist Church. He was a Trustee of Elmfield College and also took a deep and practical interest in the PM Orphange

There is a Henry Adams Memorial Church at Wombwell, Yorkshire; now disused.