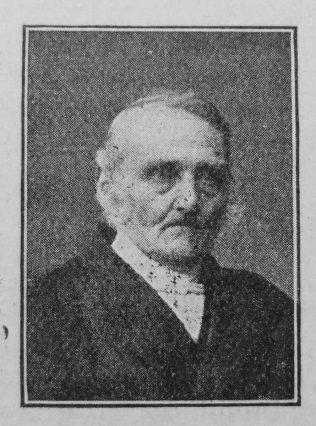 Transcription of Obituary in the Primitive Methodist Magazine by Robert Andrews

The passing of Robert Andrews, of Newbury, to the rest of God in his 85th year reminds us that the line of the veterans is growing thinner, and soon historical records alone will recount the story of pioneer days. In the year 1837, whilst yet in his teens, the Gospel message proclaimed by the early missionaries brought peace and glad assurance to his heart.

The change in his life was radical and the effect was a devotion of sixty-seven years to Christ and the Primitive Methodist Church. The year following his conversion he became a local preacher and at the time of his decease enjoyed the premier position among his brethren. He took a full share of the toil, wearying journeys, and obloquy of those days in which romance was mingled with suffering, in spreading in Berks, Wilts and Hants the Evangel of Heaven’s love. Once he and others walked forty miles to conduct a camp meeting and returned as pedestrians the next day. His ministerial duties he fulfilled until sheer loss of physical strength reminded him the night was gathering when no man can work. As a class-leader he excelled, lifting up the hands that hang down, strengthening the feeble knees, and leading his members into the higher walks of the Christian life. Among the distinguishing marks of his life was his saintliness.

From his early religious life he formed the habit of closet prayer, and when in the midst of business cares the mid-day hour never passed but he turned aside to be alone with God; and his children knew there were wonders wrought on his knees that the world dreams not of. How much his family and the church owe to his life of high communion with God cannot be tabulated. Out of this deep sense of the spiritual grew his love to the House of God. No frivolous excuse would prevent his attendance. The Rev. John Neville who knew him over a long stretch of years writes : “He was known as a front bench man,’ the seat he occupied at the week-night service being always the first one where he could show his sympathy with the preacher, and enjoy the service without the distraction of an ‘inside-door worshipper.’ Among his fellow-townsmen he was regarded with reverence as a good man – a reverence that deepened as the shadows of life gathered around him. No breath of suspicion sullied his character, and no tarnish of wrong-doing blurred its fine gold, he has been known to have suffered rather than sin and be wronged rather than defame his Master.”

Early in the year it was apparent his translation was near hand. The closing days of his beautiful life were days of quiet waiting and restful calm. The devotions at family prayer refreshed his soul, and as his eldest son, the superintendent of Torquay station, conducted worship an hour prior to his departure, it was indeed a means of grace to listen to the fervour of his ejaculations. Soon after he prayed aloud several times “Lord, help me,” and his prayer changed into praise on Sunday morning, January 31st, 1904. On the Thursday following, a memorial service was held in our church, at Newbury, when the salient features in his life were enforced in an appropriate address by the Rev. J. Neville, and his departure was further alluded to on the subsequent Sunday, by the Rev. W. Bridge, from the words: “What are these which are arrayed in white robes?”

Robert was born abt 1820 at Newbury, Berkshire, to parents Michael, a wheelwright, and Hannah.

Robert worked as a wheelwright.