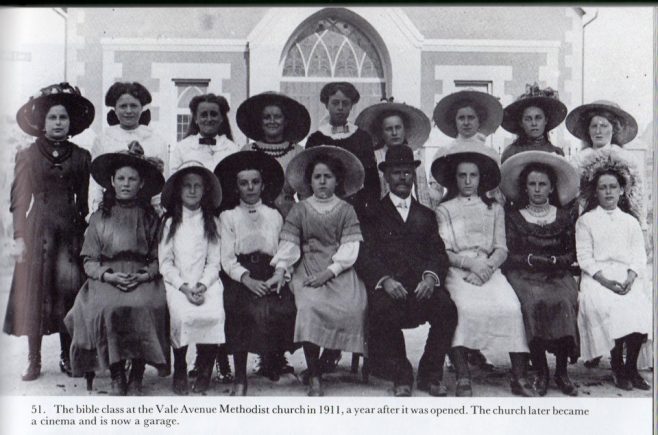 I am looking for any information in regard to my Great Grandfather William Herbert Anderson,  he was born in Guernsey Channel Islands in 1869,  He lived in the Island all his life and was raised by his grandparents William Anderson and Hannah Hill,  his mother and father disappeared shortlyafter his birth, it is not known what happened to them, they were both under 20 years of age and never married.   William Herbert worked in the stone industry fist in the quarries and later as a steam engine machine operator, he was also a lay preacher at the Vale Avenue Methodist Chapel at the turn of the last century, I have a photograph of him with the Bible Class taken outside the chapel with a mainly female class, several of his daughters are included in the photo.   I have been told that a velum memorial sheet was hung at one time in the New Road St. Sampson, Guernsey chapel.  My problem is that to date I have been unable to trace any record of his service to the chapel, can anyone point me in the direction of where to look for any such ?