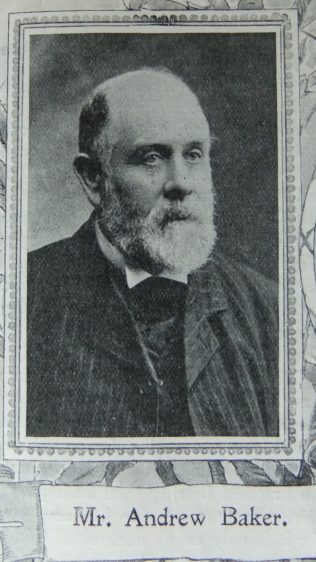 Mr. Andrew Baker, who for fifteen years was Steward of Andover Circuit, joined our people at Wherwell, at twenty years of age. Since then he has rendered valuable service as Sunday School Superintendent seventeen years, Local Preacher since 1886, which office he still holds, and as Circuit Chancellor he never missed one Quarterley Meeting during his term of office. In 1887 a new chapel was built at Wherwell of which he was Trustee and Secretary, and in three or four years it was free from debt.

In addition to his work on the Circuit Mr. baker fill the office of Parish Councillor; a thorough going abstainer he has several times been President of the village Band of Hope. Though the evening of his life is coming on our friend still takes deep interest in the affairs of the Circuit in which he is ably supported by his devoted wife.