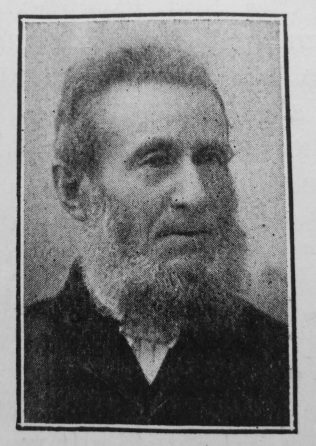 Transcription of Obituary in the Primitive Methodist Magazine by Alfred Warcup

Mr. Nathan  Badminton was born at Chippenham in 1828 and died on Good Friday, March 29th,

1907, in his eightieth year. He was one of the first scholars in our Sabbath School and had the privilege of seeing and hearing Hugh Bourne. He was converted at fifteen and at sixteen was the well-known and popular “Boy Preacher.”

Removing in 1858 to Malmesbury he at once joined our church there. At the celebration of his jubilee fourteen years ago our friend said that in going to and from his appointments he had walked 25,000 miles and conducted at least 11,000 services. These figures were afterwards considerably increased. He was Society Steward forty-three years, Circuit Steward forty-seven, Sunday School Superintendent fifty, Class Leader fifty-eight, and Church member sixty-four years.

In pulpit and platform he had few equals. In his early days he had serious thoughts of entering the ministry. Twice he had the chance of becoming pastor of Congregational churches but remained loyal to his own church. Many times he was delegate to the District Meeting and once to Conference. To his great joy his two sons entered our ministry and recently a grandson became Pastor of the Whitchurch (Salop) Congregational Church. Times of sorrow came-to him when first his wife and then his son were called to the “Home Eternal.” Mr. Badminton gave up business six years ago, since when his health has gradually failed.

The funeral took place on April 3rd, when the principal part of the service was held in the Triangle Church, being conducted by Revs. G. Morris (Chinnor) and A. Warcup. Fifty local preachers led the large procession to the cemetery. On the Sunday following a memorial service was conducted by Rev. A Warcup assisted by Councillor Stevens (son-in-law of the deceased), when our Malmesbury Church was filled with a large congregation representing many denominations.

Nathan was baptised on 20 April 1828 at Chippenham, Wiltshire. His parents were Henry, who worked the land, and Mary.