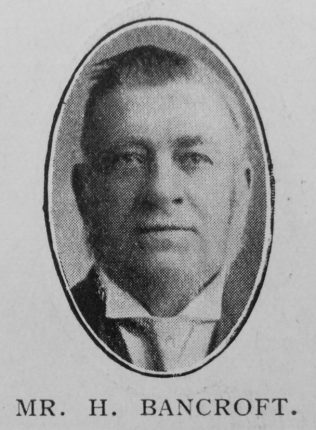 Transcription of obituary published in the Primitive Methodist Magazine by R.W.B.W

Henry Bancroft was born at Dunham Massey a little over eighty years ago, and the greater part of his life was spent in the same place, where he became a successful’ and prosperous farmer. Eventually he took a farm at Timperley.

In early life he showed little regard for religion, but about the age of thirty he was truly converted to God, joined our Church, and at once threw himself into the service of Christ. He became a local preacher on the Lymm Circuit plan, a class leader, and superintendent of the Sunday School. The office of local preacher he held for about fifty years. Particularly interested in mission work, he was in great demand for camp meetings. Actively interested in the mission that resulted in the formation of our Church at Altrincham, his financial gifts to it were very considerable. A hard worker in every sense, his love for Primitive Methodism never failed.

His death, after a lingering illness, took place on Tuesday, Oct. 29th, 1912. The funeral in Hale cemetery was conducted by Revs. R.W.B. Whiteway and H. Haynes.

Henry was born abt1832 at Dunham Massey, Cheshire, to mother Mary. He was baptised on 22 September 1833 at Bowdon, Cheshire.