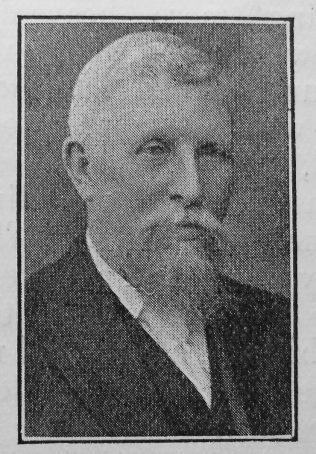 Transcription of Obituary in the Primitive Methodist Magazine by S.A.B.

Mr. Joseph Barkby was one of the most prominent officials in the Sheffield District. His father was a member and an official, while the membership of his grandmother dates back to the very early days, so that he was a Primitive Methodist of the third generation. Born at Foleshill, near Coventry, in 1833, the hand of Hugh Bourne was laid upon his head as a boy, and before reaching manhood he was converted and joined our church.

For most of the next fifty years he was an official. Of fine presence, sound judgment, genial disposition, fluent utterance and great force of character, he was a man of mark in the many spheres he filled. As local preacher, class leader, choir master, and School Superintendent, he greatly helped more than one village cause in Warwickshire. A mining engineer, he was once threatened with dismissal for his Nonconformity, but the proprietor of the colliery happily learned from the Rev. J. Prosser the work that was being done, and the notice to his engineer was withdrawn, so that from an opponent he became a helper and a friend.

While a comparatively young man, Mr. Barkby became mining engineer at Nunnery Colliery, Sheffield, but for many years afterwards preached the School sermons at Little Beighton, Coventry, and none mourned his death more sincerely than these friends of his earlier days. In Sheffield, first at Stanley Street, and latterly at Abbeydale he was in labours abundant. He was emphatically a minister’s friend, and did much to widen Connexional thought on the question of ministerial income, a service the memory of which gave him great pleasure.

He was President of the Sheffield Primitive Methodist Church Council, and several times Delegate to Conference. He gave our ministry a distinguished son, Rev. J.T. Barkby, in whose work he found great joy. Other members of his family fill good business positions. An influential member of the Liberal Association, and a Guardian of the Poor, his worth was recognised by his return unopposed at the last election, and his occupancy of the chair of several important committees of the Board. His last days were full of peace. Always a good and earnest man he had for many months been visibly ripening and becoming more heavenly-minded. Within a few hours of his death he called his family round his bed, in a most thrilling and beautiful way blessed them one by one, and then said, “Lord, now lettest Thou Thy servant depart in peace, according to Thy word: for mine eyes have seen Thy salvation.” Peacefully he entered into rest, April 13th, 1905. He was interred in the City Road Cemetery, Sheffield, a large and representative assemblage demonstrating widespread sympathy and regard.

Joseph was born on 16 June 1833 at Foleshill, Warwickshire, to parents Thomas Barkby, a collier, and Eliza Watts. He was baptised on 28 July at Bedworth Independent chapel, Warwickshire.