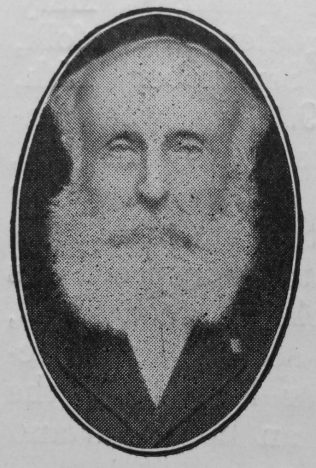 Transcription of obituary published in the Primitive Methodist Magazine by J. Prouton

He was born at Mileham, but removing early to Castleacre was won to Christ during a series of most successful meetings conducted by W. Peacefull  in 1843. Our departed brother was a man of quiet loving disposition and an example of godliness in the field, the home, and the church. Preaching, however, was his forte, his motto being, “This one thing I do,” and resolved to make the best of his opportunities he purchased the best sermons procurable and often rose at 4.a.m. for earnest study until the spirit and substance of these choice discourses had saturated his own soul and fixed themselves on his powerful memory. He was always welcome to our pulpits and a camp meeting favourite, for the message was with power. Above all, the Divine word was his delight, its choicest passages finding frequent expression in his daily life. Never will the various audiences forget his recital of Scripture when suddenly called upon to give a  public address—a feature which was usually greeted with irrepressible applause.

As a friend he was faithful, as a hearer regular and sympathetic, as a worker unwearied in doing good, and as a preacher eloquent and helpful to the end; he discoursed with marvellous power on “The Mystery of Godliness” only a month before his decease.

The funeral. service, largely attended, was conducted by the circuit ministers assisted by Mr. James Howard and other lay preachers. A memorial service was held on March 1st, when the Rev. J. Prouton preached from Acts xiii. 36, to a large and sympathetic assembly.

Robert was born on 1 September 1821 at Mileham, Norfolk, to parents James, who worked the land, and Elizabeth. He was baptised on 3 October 1821 in the Wesleyan Chapel , Swaffham, Norfolk.

Robert worked the land for a living. In later years he is described as a gardener.

He married Fanny Terry (b abt1825) in the summer of 1893 in the Docking Registration District, Norfolk.