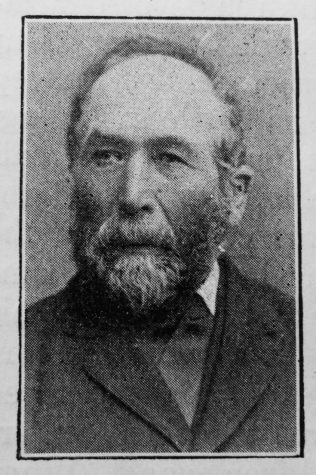 Transcription of Obituary in the Primitive Methodist Magazine by W.S. Barrett

Born at Cawston, Norfolk, 1823, my beloved father exchanged mortality for life May 17th, 1906. The product of village Methodism, William Barrett retained a vivid recollection of the pioneer labours of Robert Key, and often spoke of the deep impression made upon him by the hearty singing of those days. Little did he dream that in after years he would be associated in closest friendship and Christian service with the mighty Evangelist. Led to attend cottage meetings at Rougham, Lynn Circuit, my father was soundly converted when twenty years of age. Removing to Norwich, 1843, he joined our Cowgate Church, until the opening of the cause at Dereham Road with which he associated himself, and for over fifty years strove to serve the Church he passionately loved.

For forty years he was Society steward, and Secretary of the Trust for thirty, and Dereham Road Chapel owes not a little to his self-sacrifice and devotion. Constantly in attendance at the means of grace, his spirituality was intense, his goodness transparent, and nowhere was his piety more felt than in the home. His prayerfulness, and the deep value he set upon the Bible, together with his liberality, which was a beautiful and outstanding feature of his character, make his memory blessed.

He faced death triumphantly, and among his last words were, “I know in whom I have believed,” and “My feet are on the Rock.” Rev. G.P. Clarke conducted a beautiful service in our Church at the funeral, and Mr. William Palmer, the following Sunday evening, conducted a memorial service. We thank God for the memory of a father so kind and so good. May his sons and daughters follow in their father’s footsteps and be faithful to their father’s God.

I have not been able to identify William’s parents from on-line records.