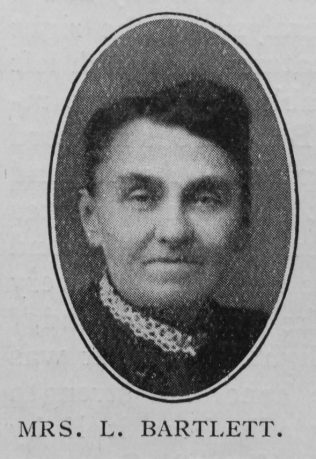 Transcription of obituary published in the Primitive Methodist Magazine by J.E. Sunderland

The Portesham society has lost a most useful and devoted mother in Israel. With her late husband (who was society steward and lay preacher) she toiled in the Sunday School, besides assiduously caring for her large family. She was zealously concerned for the spiritual interests of the church, its prayer and class meetings.

She held the office of school treasurer for many years until her decease; she loved the means of grace, and the house of God was to her the gate of heaven. But her best record is seen in the devotion of the members of her family to the service of Jesus Christ; she lives and ministers in manifold forms in her children who have risen up and call her blessed.

Her last illness was trying to faith and patience, but she died as she had lived, humbly trusting in the Saviour. She was laid to rest by the side of her husband in the village churchyard, a large number paying their respect to her memory. The memorial and burial service was taken by the minister.

Lucy was born in late 1844 at Portesham, Dorset, to parents Robert James Joliffe, who worked the land, and Maria Hayne. She was baptised on 2 February 1845 at porte sham.

(i) Lucy’s birth, marriage and death records have her second name as Emma, but she was baptised Lucy Anne.