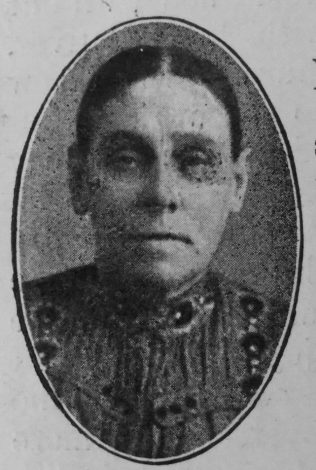 Transcription of obituary published in the Primitive Methodist Magazine by E.Shepherd

Our late Sister Barton was born in Stafford St., Walsall, in 1854. When a little child she was taken to Rycroft Sunday School, and attended until a mission was commenced which led to the building of Mount Zion Church. From then till the 11th March, 1908, when she changed mortality for life, she was a devoted member of our church. Her whole life was spent in Primitive Methodism. Under its ministries her spiritual life was nourished and her truly noble character formed. She loved Mount Zion; it had an imperishable place in her heart. Never could there have been a more devoted wife or a better mother. Her industry and carefulness were beyond praise. She had the deepest sympathy with the poor. How many were the deeds of kindness she was constantly performing! She was careful, that she might have much to give. Her love for the means of grace was constant and unflagging, but the class meeting was especially dear to her. She was a generous supporter of the funds of the Church, and was keenly interested in all her movements and work. Till almost the last hour of her life she was busy arranging and sending out work for a bazaar. Her end was painfully sudden. When the Master came He found her ready. She has left a precious memory, and for years to come her name will be cherished.

Jane was baptised on 20 August 1854 at Sedgley, Staffordshire. Her parents were Jacob Fullard, a greengrocer’s labourer (1861), and Martha Robins.

Jane worked as a servant before her marriage.

She married John Roberts Barton (abt1856-1922), a coach builder, in the spring of 1877 at Walsall, Staffordshire. Census returns identify three children.