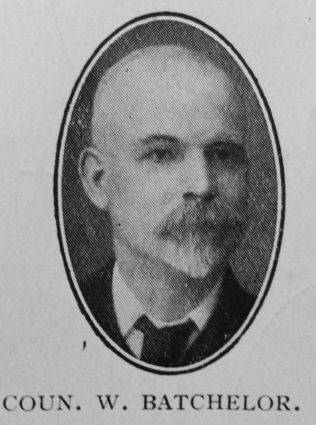 Sheffield Third Circuit has suffered a severe loss in the sudden death of Councillor W. Batchelor. He had gone to Bridlington on holiday, was taken ill after bathing, and passed quietly away about eleven o’clock on Tuesday evening, Aug. 5th, 1913. Associated for many years with our Church at Petre Street, he afterwards joined the Grimesthorpe Society that he with his family might help to strengthen Primitive Methodism there. A local preacher of twenty-seven years standing, at one time or another he gave himself unstintingly to every part of church work. Time, effort, and influence were cheerfully consecrated to the extension of Christ’s kingdom.

A man of great force of character and good practical judgment, three years ago he became one of the representatives of Brightside Ward on the City Council. He was deeply interested in all questions of social reform, and a strong temperance advocate.

On his last Sunday he attended our Church at Bridlington, and told his family how very much he had enjoyed the services.

He was buried at Burngreave, Sheffield. A service was held at Petre Street attended by the Lord Mayor and representatives of the City Council, of the Churches and other bodies with which Mr. Batchelor had been associated. The service was conducted by Revs. G.P. Maynard, G.G. Martindale, I. Potts and E.J. Hancox. In his address Rev. G.P. Maynard said: “Endowed with ability, all his gifts were diligently and satisfactorily cultivated that his life might be the worthier and his influence the wider. Those brought into contact with him in business dealings found him one of the straightest and truest of men, and those who called him friend marked in him the kindest courtesy and changeless continuity of good feeling.”

A memorial service was held at Grimesthorpe on Sunday evening, August 24th.

William was born abt1860 at Habrough, Lincolnshire, to parents James Sargent Batchelor, who worked the land (1861) and groom (1871), and Ellen Hudson. He was baptised on 4 November 1860 at Habrough.

In 1895 William formed Batchelor’s Foods, canning various vegetables. His daughter Ella took over the company and develop it to include processed peas. Batchelors eventually became a household name.