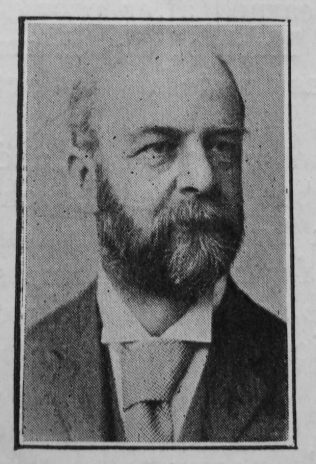 Transcription of Obituary in the Primitive Methodist Magazine by John Watts

Williamson Street, Church, and Hull VI. Circuit has suffered a great loss by the death of Kenyon Birch, December 3rd, 1906. Born April 30th, 1853, he was the son of Rev. Smith and Charlotte Birch, while his grandparents were honoured members of the Tadcaster Circuit. His mother died before he was ten. He was much attached and devoted to his father, of whose gracious influence he spoke in the highest terms. He was educated at Elmfield College, York, and served his apprenticeship as a draper with the late Peter Platts, at Gainsborough. He so gained the confidence of his master that at the end of his apprenticeship he was sent to manage a branch shop. Twenty-seven years ago he commenced business on his own account in Hull. Joining Williamson Street Church he rendered great service, and was Trust Treasurer and Society Steward at the time of his death.

He was a fine combination, and if at home in figures he was more so in a prayer meeting or a class meeting, from which he was never absent except by necessity. His fine Christian spirit found its highest expression in his home life. Unselfish in all his relations he spent himself for his wife and family.

Kenyon Birch faced death in full consciousness, but with the holy calm of Christian faith. With eyes wide open he entered the valley but without fear. His calm assurance, his testimony as to the preciousness of Jesus and his certainty of heaven I can never forget, and I left the room with a new faith and an enlarged hope. Many Christians have I seen enter the valley, but never one so full of faith and peace, of triumph and joy. He entered heaven with hallelujahs on his lips. In our sorrow we rejoice in his coronation and glory. May our lives be as faithful and useful, and the same peace and triumph be ours at the end.

The funeral service was conducted by the writer, assisted by Rev. W. Pigott, D.D., J.S.W. Stanwell, F.H. Shimmin, and C. Goodall. The large company indicated the universal esteem in which our departed brother was held, and many were the expressions of regret at the loss sustained and sympathy with the bereaved. His life was rich in blessing and he is deeply mourned.

Kenyon was born in 1853 at Horbury, Yorkshire, to parents Smith Birch and Charlotte Kenyon.

He married Jennie Maginnis (abt1858-1886) in the spring of 1880 at Hull Yorkshire. Census returns identify two children.