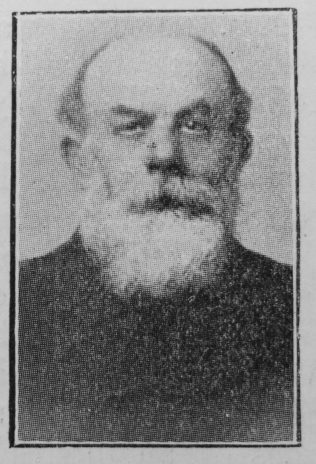 Transcription of Obituary in the Primitive Methodist Magazine by W. Bennion

Mr. Luke Blacker was one of a large family most of whom have rendered useful service in our church at Horbury. He attended our Sunday School as scholar and afterwards as teacher. He joined the church in 1857 at the age of fourteen and died in the jubilee year of his membership at the age of sixty-four. He was a strong temperance man but his name stands out most prominently as a local preacher and particularly in connection with open air work. His services were sought by other churches than our own. The Deacons of Flockton Congregational Church –  at a time the Pastorate was vacant – engaged him to take the services the last Sunday in each month. The officials of the Wakefield circuit secured him to supply the place of a minister for a time laid aside by illness. He represented his circuit in the Leeds and York District Meeting in 1890 and was appointed delegate to the Sunderland Conference. For a few years his health has not been good, but he was able to take a service occasionally. The Quarterly Meeting in March last sent him a congratulatory latter on attaining his fiftieth year of membership and unanimously appointed him delegate to the District Meeting at Tadcaster. But a week before this assembly met he was called to the higher service. The interment took place on April 30th, at Horbury cemetery, in the presence of a large number of friends, and a memorial service was conducted by the writer in our High Street church on May 19th.

He married Elizabeth Blacker, nee Collinson, (abt1840-1912) on 1 October 1881 at Silkstone, Yorkshire. They brought up a number of children from her previous marriage.