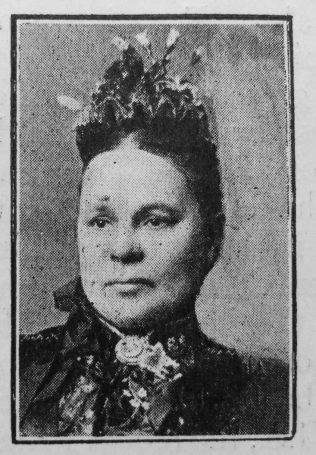 Transcription of Obituary in the Primitive Methodist Magazine by J Jopling

Mrs. Ann Bolton, the beloved wife of Mr. Henry Bolton, was born at Barford, Oxfordshire, January 25th, 1833. Her parents were members of the Church of England, and she was confirmed by Bishop Wilberforce. Her long association with Primitive Methodism began with her marriage in 1857. Shortly before this, her husband, who was also a native of Barford, had removed to Birmingham, where he was soundly converted at old Gooch Street. Thus was the foundation of their happiness laid. “I wish you much holiness,” said an uncle as they came out of church, “and if you have much holiness you will have much happiness,” which made a profound impression on the minds of the newly married pair. Uniting with our church at Gooch Street, Mrs. Bolton to the end of her life was devoted to its interests.

Family worship was commenced and continued through life, and Mrs. Bolton’s children first learned to worship God in their own home. They are all members of our church, one of them being the wife of Rev. Joshua Lindley. A devoted wife, she relieved her husband of many cares and enabled him thus to give more time to the church. Her children she bore on her heart and they yielded her a beautiful reverence. Then she abounded in hospitality, one of the distinctive graces of Methodist womanhood. She kept open house for all God’s servants, ministerial and lay. “She was the best friend it has ever been my pleasure to know,” writes Rev. G. Middleton, “and I have always held her in the highest esteem as a genuine and noble-minded Christian.” “Many years have passed away,” writes Rev. James Griffin, “but I have not forgotten her kindness in my early ministry.” ‘I always found her,” writes Rev. J. Odell, “good and true, and ready to welcome the servants of God in her home,” and similar tributes come from Rev. W. Jones, Rev. W. Jones Davies, Professor A. L. Humphries, and many others.

She served the church in many quiet ways, and not a little of her husband’s widely known liberality came from her prompting. As Mr. Bolton was making out a cheque for Bristol Hall stone-laying, she asked the amount, and then suggested it should be doubled; she encouraged every one of her children to lay stones also. For nine years her health has been failing, the death of a much loved daughter greatly affecting her vigour. Her last illness was distressingly painful, and in spite of all that love and medical skill could do she sank, entering into rest August 31st, 1906, in her seventy-third year. Revs. W.S. Spencer, B. Walton, and the writer, officiated at the interment. The writer conducted a Memorial Service, September 16th, an address being also given by Edward Cross, Esq., F.G.S., the oldest Primitive Methodist in the city.

Ann was born at Barford, Oxfordshire, to parents John, who worked the land, and Esther.

Before marriage she worked as a domestic servant.