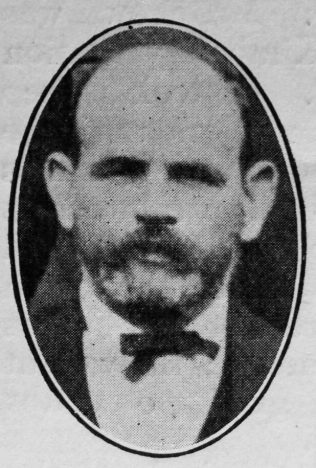 Transcription of obituary published in the Primitive Methodist Magazine by J.A.T.

Beverley Circuit suffered serious loss by the sudden death of Mr. Robert Brabbs, of Walkington, on October 28th. In the midst of his usual duties as farm bailiff he fell and expired.

Our brother lived an earnest, consistent life in Walkington for over thirty years, and in many ways contributed to the social and moral welfare of the people. Chairman of the Parish Council, school manager, etc., for twenty years superintendent of our Sunday School, an excellent class leader, trustee, and once delegate to District Meeting, he was greatly esteemed and trusted. Converted at Bromfleet in the North Cave Circuit he was for thirty-six years a loyal member of our Church. In open-air services he was especially at home, and when souls were saved he thrilled with joy.

Rev. F. Rudd says: “I always found him reliable. His whole heart was in the work of carrying the Gospel to the people.”

He and his wife took great pleasure in entertaining our preachers. In consequence of failing health our friend had intended shortly to retire from his position as bailiff, and to spend a few years in furthering the cause in Beverley Circuit. But Providence decreed otherwise. The funeral, on Thursday, October 31st, was attended by hundreds in spite of the continuous rain, the Vicar, Rev. M. W. Dawe, M.A., Revs. J.A. Taylor, and P.W.B. Oliver taking part in the service.

An impressive memorial service was held in our chapel on the following Sunday evening conducted by Mr. Taylor.

Robert was born in 1857 at Holme on Spalding, Yorkshire, to parents Robert, who worked the land, and Martha.