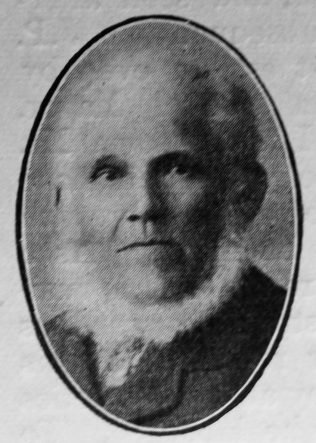 Transcription of obituary published in the Primitive Methodist Magazine by J.M. Hemshall

Very early on Friday morning, August 2nd, 1907, Mr. John Brown passed away at the age of eighty-five. He was born at Eastwood. We have heard him speak of seeing and hearing our founders, and of helping in the formation of a Society at Old Basford, by holding meetings in cottages.

At eighteen years of age he joined the Primitive Methodist Church, soon after became a local preacher, and was an acceptable pulpit supply for over fifty years.

Five sons and three daughters were present at the funeral, and, in harmony with his desire, his grandsons bore his remains to the grave, eight of them being able to take part in so doing, while one grandson is a candidate for our ministry. Mr. Brown was the Circuit Steward of Kimberley Station from its formation in 1882. He took a deep interest in all Connexional matters until the last, reading our magazines and journals regularly. He took part in Church work at Kimberley, also creditably filling several parish offices in his time. Since the death of his beloved wife, five years before, he lost some of his accustomed energy; the weight of years, infirmities, and grief no doubt weakened him in the way.

A large company filled the body of the chapel on Sunday, August 4th, when the first part of the service was conducted by the Rev. J.H. Hemshall and Mr. B. Goddard, who each gave a short address. Officials from most of the places in the Circuit, together with many teachers, officials, and members of the Kimberley Society, headed the long procession from the chapel to the cemetery, where his remains were laid to rest in the presence of many relatives and a large number of sympathising friends from the parish and the Circuit.

John was born in 1822 at Eastwood, Nottinghamshire. His mother was Elizabeth Brown. He worked as a coal miner for the whole of his working life.