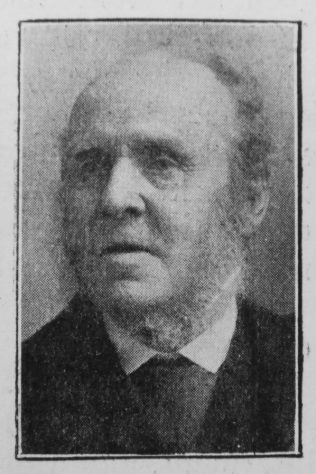 Transcription of Obituary in the Primitive Methodist Magazine by E. Ball

Mr. William Bury was born at Paunton Mill, near Bromyard, Herefordshire, Nov. 28th, 1829. At the age of sixteen he was converted at a prayer meeting on Swinmore Common, and at once joined our church and became a local preacher. Soon after his parents removed to the Verne Farm Swinmore, where preaching services were held in a cottage. Through Mr. Bury’s efforts both his parents were converted. They joined our church and when, in 1851, a chapel was built, gave part of the ground. A few years after this our friend fell away from his first love, but after seven years’ wandering was recovered through the friendship and preaching of Rev. J.P. Bellingham, and remained a consistent and faithful member until his death.

As a local preacher and worker Mr. Bury did much for our church at Swinmore. He was a well-read man and having a good library his preaching was considerably above the average. He was also a generous giver, his sister, Mrs. Pritchard, and himself paying off the last £50 of the chapel debt.

His last illness: was severe and protracted but his confidence in God was strong and his hope of the future bright. He passed peacefully away on May 20th, and his remains were interred in Bosbury churchyard, May 24th. The writer, an old friend, preached his funeral sermon to a fairly good congregation on June 16th, from Phil. iii. 20, 21. He leaves a son and daughter to mourn their loss.

William was baptised on 28 December 1828 (not 1829) at Bishops Frome, Herefordshire. His parents were Edward, a farmer, and Ann.

William worked as a farmer.

William died on 20 May 1907 at Bosbury, Herefordshire.