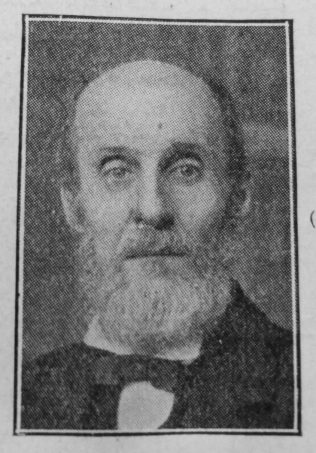 Transcription of Obituary in the Primitive Methodist Magazine by Barzillai Beckerlegge

In the village of Risca, Monmouthshire, in the year 1843, Isaac Bendle first saw the light. His parents were pious, and the influence of his mother in particular was very helpful to him. In childhood he had good desires, and as a youth he lived a moral life. This, however, was not satisfactory to him. He felt the need of the “new birth,” and at the age of seventeen years he yielded himself to the Lord and became a disciple of Jesus Christ. Saved himself he wanted to be useful, and began teaching in the Sunday School forthwith. He also accompanied Mr. Hezekiah Sage, a much respected local preacher who is still with us, to his preaching appointments, helped in the services, and in a short time became an accredited local preacher. When twenty years of age he was made a class leader – the class meeting in his home at 8.30 on Sunday morning.

The number of members increased until there was not room for all to sit, and the inconvenience of a large number in a small space was experienced.

Our brother certainly loved his work. Often did he go to his preaching appointments on a Sunday morning and return on the Monday, because the return journey was too much for him on the same  day. Thus he lost a day’s work, and what was very needful in providing for a growing family, a day’s earnings.

More than twenty-eight years ago the writer first met with him in the Newport (Monmouthshire) Circuit, and the hearty reception Brother Bendle gave him when he came to this (Mountain Ash) Station was evidence that the old days were not forgotten. He hoped for better times here. They have come, but he has gone. Last autumn he often complained of weakness and pain, and had to cease work, but hoped for recovery. The weakness, however, increased, and on December 7th, 1904, he peacefully entered into rest. He manifested the spirit of resignation. His faith in his God was unshaken. He asked those who were with him to meet him in heaven. His was a victorious end. Often when leaving his home for the coal-pit, he would say to his wife, “Eliza, if anything happens to me to-day, and I am suddenly called away, it will be for me sudden glory.” He has gone, though not suddenly, and leaves a widow, a daughter, and two sons with their families to mourn their loss. A memorial service was held in Miskin Chapel by the minister, a large congregation being present. “The memory of the just, is blessed.”

Isaac was baptised on 11 June 1843 at Risca, Monmouthshire. His parents were James, a coal miner, and Susannah. Isaac also worked as a coal miner.