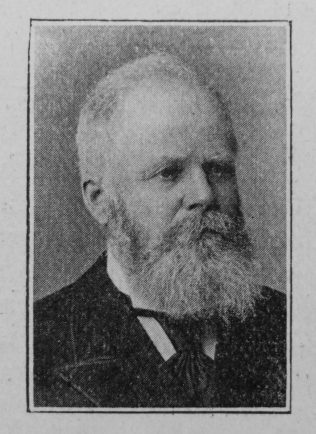 Transcription of Obituary in the Primitive Methodist Magazine by Thomas Peatfield

Just, over seventy years ago Mr. John Bailey was born at Potter Hanworth near Lincolnshire.

While yet young he found the Saviour as his, and continuously rejoiced in an increasing knowledge and experience of Him.

It was while engaged in his occupation in the field that he realised the pardoning mercy of God. The circumstances, as also the fact were ever a joy with him.

He became a very useful and honourable member and official. For half a century he filled the position of a lay preacher, and for many years the office of Station Steward he successfully held in the Grantham Station. He more than once was a delegate to the Nottingham District Meetings and to the Annual Conference.

Our brother was a good man and eschewed evil. He gave his best to God and gave it liberally and graciously. He was one of the Church’s loyal sons, and although quiet and unobtrusive bravely stood and fought for right and freedom.

He was a member for some years of the Lincolnshire County Council. He was a good business man as demonstrated by his great successes in his own business.

In the nineties he removed from Grantham to High Wycombe to spend a few years of quiet and rest. He was smitten soon with a great sorrow, for his wife was taken ill and died. This was an inroad into more than domestic circles – it was an inroad into his noblest self.

He was highly esteemed by all. It was his lot to write two or three books which repayed the reading. His second married life was brief but happy, although the sore heavy hand of affliction fell upon him and remained for weary months. Cancer in the hip killed him. He died into life calmly and triumphantly. His memory is blessed.

The writer officiated at his interment and preached his memorial sermon in the Westbourne Street Church, High Wycombe.

He left behind him his wife, several sons and daughters. For them all the Church fervently prays that they may know the preciousness of Divine companionship and favour.

We shall meet beyond the tomb to possess and enjoy endless and perfect life.

John was baptised on 1 June 1832 at St Wufran, Grantham, Lincolnshire. Census returns identify that he was born at Spittlegate, near Grantham. His parents were Samuel and Elizabeth.

John worked as a clothier and outfitter.

John died on 17 May 2004 at High Wycombe, Buckinghamshire.