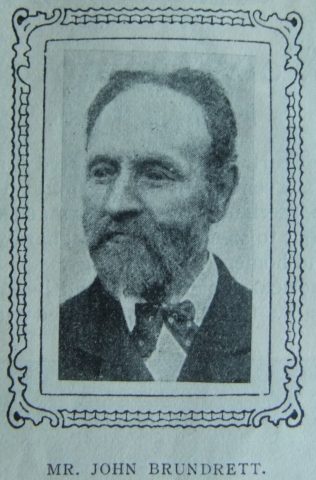 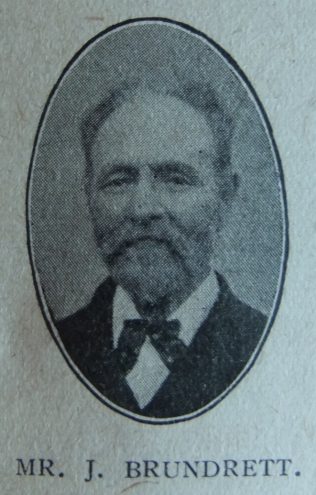 FEW men more worthily fill the responsible position of Class leader than Mr. John Brundrett, of Ashton-on-Mersey, Manchester, who has served in that capacity for more than thirty years. While the duties pertaining to other offices such as Society steward, Sunday school teacher and Trustee have been discharged with singular fidelity and acceptance, Mr. Brundrett has found his chief joy in the “means of grace,” and especially in the Class meeting.

Certain native qualities fit him for the work. He is naturally quiet and meditative. He has an ardent love for the beautiful in Nature, in tree and shrub, in flower and fruit, in the culture of which all his working hours are spent. He turns instinctively to the mystical and spiritual, and reflects on the “deeper things” in Nature and in grace. His thoughts always find expression in fresh and pleasing forms of speech. He has an ear for music, and rejoices more than the ordinary man “when the time of the singing of birds is come.” The “songs of Zion” fascinate him, especially those which reflect the deep experience of the religious life.

To his endowments must be added the fruits of a long religious experience and a reverent study of the Word of God. A working man, but a noble man is John Brundrett, loved and honoured by his fellow villagers as one who has exemplified before them for a generation the finest qualities of Christian manhood, and has endeavoured to cultivate in others, in home and school, by Class meeting and family visitation, the gifts and graces of the true Christian life. His eye is not dim, nor his natural force abated. Many years yet remain, it is hoped, of fellowship and service with his beloved fellow labourers in the Kingdom of God.

John followed his father as a gardener.