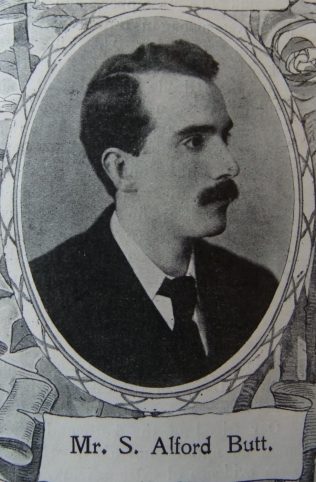 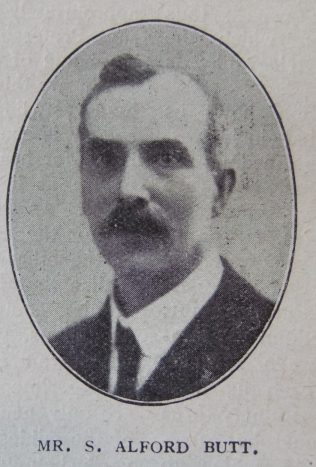 Lavender Hill Circuit has been fortunate indeed in having for many years past the services of Mr Butt as Circuit Steward. His counsel and generosity have been invaluable. Ministers and officials alike have nothing but grateful feelings for the splendid service he has rendered the Circuit. The Circuit Account Book is a model of neatness and accuracy. His association with our Grayshott Road Church dates from the time when his father – the Rev. G.E.Butt – went out to Aliwal North, S. Africa.

During that period he has taken a keen interest in all that affects the welfare of the Church. His help has never been withheld. For some time he occupied the position of organist. He is known beyond the borders of his own circuit as partner of the firm of Messrs. Rawling and Butt, Connexional Solicitors. We anticipate for him many years of usefulness and success.

Alford was born abt 1869 at Warkworth, Northamptonshire. The village is very close to Banbury. His parents were Rev. G. E. Butt and Sarah Jane Alford.

Whilst his parents were in South Africa. Alford made his home with Rev Peter Coates.