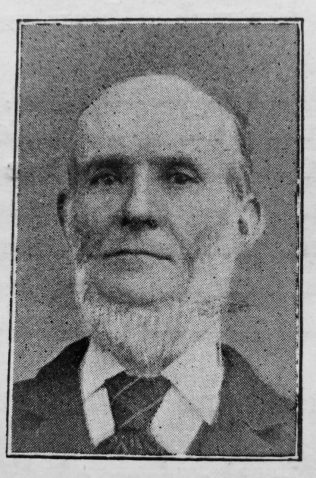 Transcription of Obituary in the Primitive Methodist Magazine by John Graham

Thomas Bland passed away on January 22nd, 1905, after being in Church membership with us for fifty-four years. He was born at Brandon, County Durham, in 1833, and had the great misfortune to lose his mother when a tender infant of nine months, and his father when a lad of ten years. He migrated to Allendale in 1851, and lived over half a century within its borders. When a young man of twenty he was converted under the ministry of the Rev. John Watson. From the first he enjoyed the confidence of the Church. He was a Sunday School teacher for fifty-two years; a class leader and chapel steward over thirty years; treasurer of the Sunday School twenty years, and assistant Society steward seventeen years. He was a life-long total abstainer, and all his life an ardent worker in the Band of Hope. He was devoted to the cause of Christ and gave his family such an example that all of them are to-day associated in some way with the Primitive Methodist Church.

Thomas Bland was a good man. He was known to all in the dale, and loved by everybody. He was entirely free from all censoriousness, and a credit to the Christian faith. He was also a man transparently sincere and absolutely without guile. He carried no ostentation with him, but he could always be relied on. He was always at his post, and it may be said of him:- “Called, chosen, faithful.” He loved the little children, and the last act of his service to the Sunday School was to order from the Book Room a book for each of the scholars in his class.

Thomas Bland suffered severely during the last fortnight of his life. He attended a funeral in the early part of January, caught cold, and was stricken with bronchitis. He endured great pain, but stayed his soul on God. His hope never wavered, and he passed peacefully away on the Sunday evening.

The funeral took place on the 25th of January, and was attended by a large concourse of people. An impressive service was held in the Allendale Chapel, and addresses were given by Rev. John Graham and Mr. John J. Allison. Both the Wesleyan minister and the rector of the parish were present in respect to our departed friend, and when his body was laid to rest in the cemetery the little scholars sang a hymn by the graveside, and expressed their love for their kind teacher. A beautiful tablet to commemorate his memory has been placed in the chapel where be worshipped so long.

Thomas was baptised on 27 February 1833 at Brancepeth, Co. Durham. His parents were Stephen, an agricultural labourer, and Ann.

Thomas married Sarah Liddle (abt1828-1888) in the spring of 1853 in the Hexham Registration District, Northumberland. Census returns identify seven children.