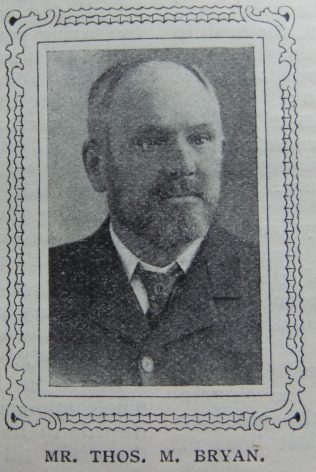 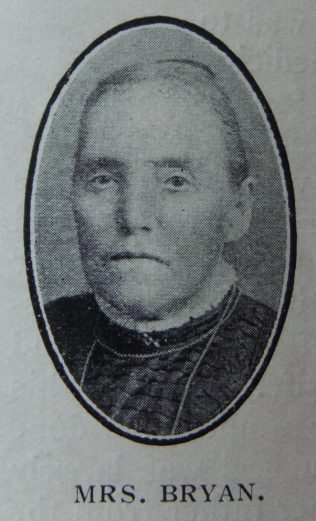 Mr. Thomas M. Bryan is on the better side of 60 years of age. He is a native of Clay Cross, Derbyshire, where he has resided all his life. His life has been most strenuous. Punctuality, constancy, ardent application to work, have shaped his career. He is a master of detail.

His start in life was not the best; he has more than overcome his early disadvantages, and has won his present position by fidelity to purpose. He is rate and income tax collector for the district, and an official of the Clay Cross Works. He takes his share in the public life of the town. In politics he is a conservative. Nonconformity has his support, and Primitive Methodism is the church of his choice. For this he is probably indebted to his mother, who was a stalwart of our church, and closely associated with its early struggles. In our Church at Clay Cross he is a trustee and Society Steward. He is in touch with every department of the Church’s work, and takes a general interest in all the Societies comprising the Circuit.

The easy financial position of the Church owes much to his initiative. The system of collections dispenses with any special appeal or effort to provide monies. His custom differs from that usually adopted in our Churches. He calls a special Leaders’ meeting per quarter. Every members name is called over, and contributions noted. Members not complying with the rule are visited by a deputation from the meeting. As a result the Society boasts fewer non-paying members than most churches in the connexion. Also to save the trouble of explanation the Leaders are specially alert in the collecting of Class monies.