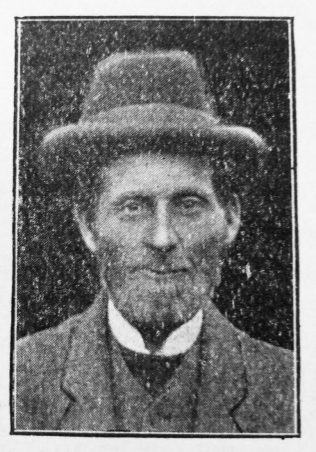 Transcription of Obituary in the Primitive Methodist Magazine by H. Semper

The Ashby Society in the Scotter Circuit has suffered a great loss in the passing away, at the age of sixty-six years, of Mr. William Bramhill, who for over forty years has been a devoted member of our Church.

Though it was known he was under medical attention, no one thought the end so near, and when on the evening of July 6th, 1905, he died in his chair, surprise and sadness were felt by all who knew him. He was a good man. No one doubted William Bramhill’s goodness, for he was loved and respected by all who knew him. As husband and father he was devoted and affectionate. As a master he was kindly and considerate, and as a class leader and official he was wise in counsel, and was always ready to aid in the extension of the Master’s kingdom. As a man of prayer he was mighty and powerful, for he lived near to God.

He was a friend of the poor, the widow and the orphan, and in quiet and unostentatious ways did untold good. The funeral took place on July 10th, when a largely attended service, conducted by the writer, was held in our Ashby Church. His remains were interred in the Bottesford Churchyard in the presence of a great company who sorrowed most of all that they should see his face no more. Deceased leaves a widow and two children who are following in his footsteps and hope to meet him in the “Better Land.”

William was born abt 1839, at Eastoft, Lincolnshire, to parents Jonathan Bramhill, a farmer, and Ellen Agnes Everatt.