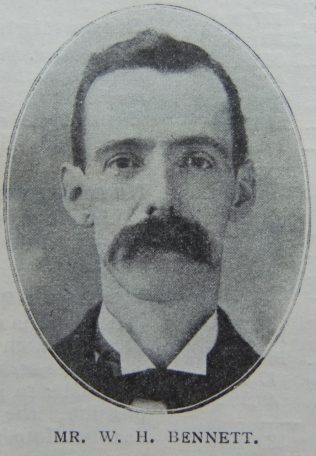 Transcription of ‘Sketch’ in the Christian Messenger by Rev. W.C. Ball entitled ‘A Primitive Methodist Composer’

Primitive Methodists have always been a musical folk, hence it is nor surprising that after a century’s progress, our Church rejoices in the possession of considerable musical talent. It is a pity that no attempt has been made to tabulate our resources in this direction, and it is not to our credit that our recognition of the valuable services of these auxiliaries is all too scanty. No one grudges their meed of praise to the local preacher, the class leader, and the Sunday school worker, but the apotheosis of our musical friends is sadly overdue. If our versatile Editor could give us a series of sketches of notable choirs and successful choirmasters and organists, he would help to roll away a serious reproach from our Church. At present we are permitted to write of one friend who, by the conscientious use of his musical gifts, is rendering considerable service to our own and other Churches.

Mr. W.H. Bennett, of White Gritt, near Minsterley, Salop, is the organist and choirmaster of Gritt Primitive Methodist Chapel, a post which his father filled before him for over twenty years. At the age of seven, our friend, under his father’s direction, began his musical studies, which were afterwards pursued under the tuition of the late Professor Hay, of Shrewsbury. Subsequently, Mr. Bennett obtained a certificate from the London College of Music.

Mr. Bennett, senior, was a remarkably fine singer, as well as a competent player, but the genius of the son has manifested itself in a different direction. From childhood he cherished the hope of becoming a composer, and it is in this field that he is to-day winning rapid and merited distinction. His first attempt to express himself was in a Connexional competition in the Large Magazine of 1893, in which he won a prize of thirty shillings for a beautiful setting of Hamilton’s fine Watch-Night hymn (No. 885 in our Hymnal). Since then Mr. Bennett has obtained thirty prizes in musical contests open to all comers, and on four occasions, has carried off first prize. Apart from prize-tunes, our friend has had numerous pieces accepted by Messrs. Broadbent, Leeds, Messers. Blackburn, Leeds, and other well-known music publishers. For some years now he has also issued an annual selection himself, and so far, has met with encouraging success.

A list of all the pieces that have come from Mr. Bennett’s pen would occupy several pages of THE MESSENGER, and a collection of the pieces themselves would make a bulky volume. Our friend has not always reached the same high level, but most of his compositions are bright and tuneful, and several of them are of exceptional merit. Special mention may be made of Riverscourt, Pilgrims for Zion’s City, The Spring has come again, and The Joyous Bird. The last named, in our judgement, is Mr. Bennett’s finest work though strange to say, it has had a disappointing sale. Choirmasters, who are seeking attractive anniversary music, will be perfectly safe in securing the four pieces just named, and they will do well to look at Mr. Bennett’s other work. Needless to say, Mr. Bennett will be glad to give information respecting his compositions to any bona fide correspondent. This article is not an advertisement puff, but a sincere endeavour to do honour to a worthy and gifted man. At the same time we trust it will help to introduce Mr. Bennett’s music to a wider circle than has yet been reached.

In this number of THE MESSENGER will be found an original tune by Mr. Bennett, the dignity and sweetness of which our musical friends will not fail to note. When the time comes for a revised edition of our Hymnal Tune Book, at least this tune, and the Connexional prize-tune of earlier years, should find a place.

It only remains to be said that our friend is a loyal Primitive Methodist, and a man of unblemished character. He is just over forty years of age, so that, despite his somewhat indifferent health, we are hopeful that many years are in store for him, and if this should be the case, we are persuaded he will go far.

William was born in 1866 at Worthen, Shropshire, to parents Peter Jaazaniah Bennett and Eliza. Peter was an engine driver at a lead mine (1871).

William worked as a boot repairer and his younger sister, Bertha, acted as his housekeeper in his later years.