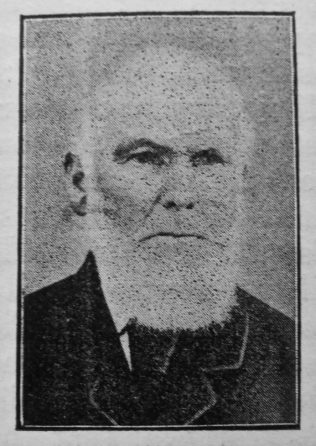 Transcription of Obituary in the Primitive Methodist Magazine by Henry Roe

Mr. William Watts Bastian of St. Ives, Cornwall, went to heaven on April 22nd, 1905, aged eighty-five years. He had said to me, “Rev. Greaves (Joseph Grieves) was the first Primitive minister at St. Ives, and I heard his first sermon, as he stood in a fisherman’s boat on the beach. The text was, “Be sure your sins will find you out.” Then Rev. Driffield led ‘The Great Revival,’ which continued all day and night, the minister having his meals in the meetings. I was converted in that revival at seventeen years of age, and remained loyal ever since. After that I saw eight society classes leave and join the Bible Christians, but I remained a Primitive. I gave away all the money I had, and God has prospered me ever since.”

He was one of the early “Bands” that missioned the villages. Many a time over a cup of tea in his house I have heard him rejoice at seeing all over the world how God is daily fulfilling His promises to literal Israel, and confessing that he was one of them. During the last twenty-two years I have known him to be a messenger of God, when other “religious” men and women were trying to starve several ministers because they were faithful. We have seen some of those persecutors destroyed by the Lord, and brother Bastian raised to the right hand of Christ.

He was a sweet and happy singer in Israel, and as he neared the open gate of Heaven he sang aloud the hymns beginning:
“Oh, the blest Friend to have is Jesus,”
“There’s not a friend like the loving Jesus,
No not one, no not one!”
“When all my labours and trials are o’er,
And I am safe on that beautiful shore.”

He had not to die to enter glory, for glory had entered him, and his soul and his chamber were full of glory.

Fisherman George Quick, the saintly daughter of Bishop Titcombe, and her brother of the Royal Academy fame, visited him, not only to comfort him, which they did, but also to bask in the same glory.

William was born abt 1820 at St Ives, Cornwall, to parents Thomas, a copper miner, and Margery.

William was a fisherman.