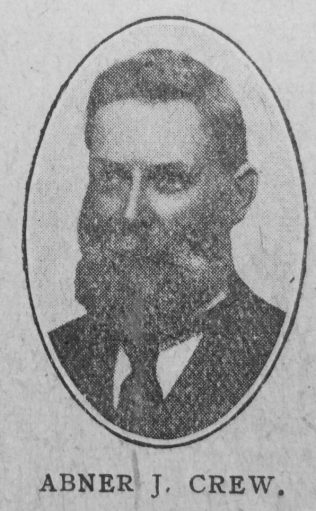 A stalwart of the villages has fallen in the person of Mr. A. J. Crew of Hay Lane Society, Swindon I. Circuit. Born at Brinkworth in 1855, he was cradled in Primitive Methodism of a very fine type. His mother’s name was on the plan for 1827 as being on trial, and he has connections with early pioneer work of our church in the Brinkworth District. Converted in early life at Brinkworth during a time of spiritual revival, he ultimately took up his residence in the neighbourhood of our present little church at Hay Lane. We had no church here then, and the present little church by the roadside was built largely through the instrumentality of Mr. Crew. From its inception to the time of his death he was class-leader, a period of thirty-two years. He has truly been a “pillar” of this wayside Bethel. His have been the chief positions and right well has he held them as Trustee, Chapel Steward and Society Steward. He was a big man in our midst, both physically and spiritually. His commanding presence, manly bearing; and stately form made him a figure well-known and highly respected. His life has been unique, and his service distinctive. He loved his church, and with loyal devotion and patient, plodding faith sought to serve her in an variety of ways.  Deeply spiritual he revelled in communion. He was great and homely in prayer. He knew the springs and sources of power. His presence in worship was an inspiration to the preacher, and he himself could take a service with great acceptance when called upon. He leaves a, widow and a family of ten to mourn his loss.

The memory of a grand example, a life of unadorned goodness and simple piety will be their precious heritage through all the days. He built on the rock in the home and in the church; his work will abide.

His funeral took place at Wroughton Churchyard, Rev. H.W. Pope and Rev. H. Allen taking part. Rev. H.W. Pope conducted an impressive memorial service on the following Sabbath evening, and paid a tender tribute to his life. He was faithful in an obscure place, a type of many distinctive and unique who serve our church midst the country scenes of this land away from the footlights but within the circle of the divine radiance.

His loss to the circuit, and especially to Hay Lane is tremendous, and the value of his service immeasurable.

Abner was born in 1855 to parents James and Eliza. James worked the land.