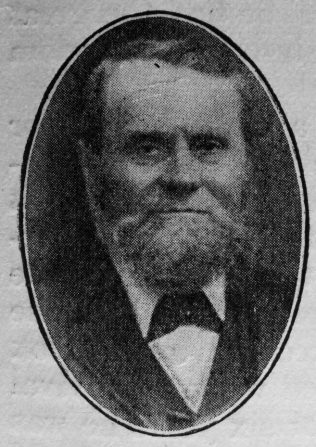 Transcription of obituary published in the Primitive Methodist Magazine by E. Millichamp

Our brother entered on his earthly life at Ramsbury, on the border of Wilts, in 1839, and was born of the Spirit in his nineteenth year at the same place. In a few months he was made a local preacher, so that at the time of his death he was on the eve of celebrating his jubilee. In 1874 Mr. and Mrs. Chamberlain came to Reading and our brother advanced to a forward position in our church, especially in open-air services and evangelistic work generally. In this work he reached his highest. His fine presence and good voice at once captured the crowd and his stirring, heart-felt words made them feel the reality of the saving power of the Gospel. Some two and a half years ago on account of failing health Mr. Chamberlain retired from business, but continued to work in the church as far as health would permit. In the summer he preached at a camp meeting in the Hungerford Circuit, and with his wife laid a memorial stone of the new schools. In October he preached, in his native town what proved to be his last sermon.

The following week he spoke at four Centenary meetings but was so exhausted that it seemed evident his work was done. His last months were spent in Somerset, the return to Reading only taking place a few days before the end. On December 14th our brother passed away. As the outward man became weaker his faith and hope grew stronger and brighter, so that his wife and two daughters felt his chamber to be a holy place.

The mortal remains of our beloved brother were laid to rest on Wednesday, December 18th, and a memorial service was conducted by the writer in London Street on the following Sunday evening.

Uriah was baptised on 7 January 1838 at Ramsbury, Wiltshire. His parents were Eli, a shoemaker, and Jane.

He married Miriam Long (1847-1909) in the sporing of 1868 in the Amesbury Registration District, Wiltshire. Census returns identify three children.