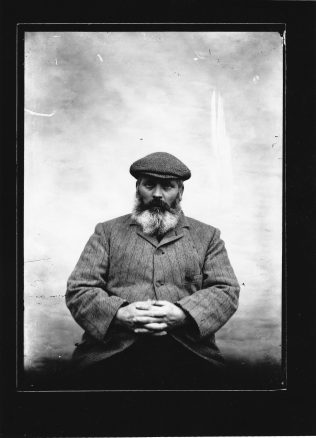 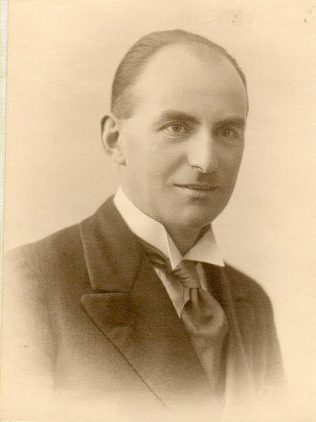 Charles Cooper grew up in Black Bourton, Oxfordshire before moving to Langford, where he became a Local Preacher. His eldest son, Joseph was one of the first children to be christened in the Black Bourton Chapel. The ‘Prims’ struggled to build  the chapel in the village against much opposition.

Charles was to become very involved with the chapel and was instrumental in building a chapel in Langford, which eventually became a doctor’s surgery and is now a house. An interesting story about Charles is that one night following a Revival service, when the congregation had dispersed, instead of going home he walked down the Clanfield road and there at the midnight hour he had a vision of his life work and what God would have him do, and that he made up his mind, by God’s help to do it. Charles became a lay preacher and in a field near the chapel, preached from Jeremiah ch 9 v1 “…holding a large congregation in and impressive awe with his marvellous eloquence on that occasion”.

Thomas (1798-1878) and his second wife Mary (b.1800) were faithful members and as will be explained later they brought Charles up. We do not know if our direct line, David and Elizabeth attended.

A new Board of Trustees was formed in 1895 and Charles Cooper is listed along with many well-established Black Bourton families, Charles Silman, David and James Clack. Philip Packer, father in law, to Charles is also a trustee.

Charles Farmer of Longworth recounts a story that happened in 1866 and could have come from a Thomas Hardy novel. That year there had been many showers of shooting stars and as a result many people became very serious and believed the end of the world was near. One night in particular the heavens seemed to be a mass of falling stars and the Methodists, instead of going to bed, met in the streets and held a service. Let us hope the Coopers were there singing and sharing in the solemn occasion. What the remaining villagers thought is unknown. Maybe they thanked the Methodists for averting the end of the world with their singing or did they “ bless” them with other words for disturbing their sleep! Whatever ones view it must have been quite a sight!

Charles Cooper’s first wife was Caroline Packer from nearby Grafton and their second son Joseph (b.1864) was the second child to baptised in the village chapel by the Rev. John Wright. The brick chapel is near High House where two of Charles’s uncles had lived and next to a stone cottage where Elizabeth (1864-1928), Emanuel’s (1825-1914) daughter, was to end her days. All but one other of the village buildings are in stone and no doubt brick was the best the poor congregation could afford. Even then the bricks are of poor quality being very soft and the quoins that edge the building are not stone but concrete. Now the soft bricks bear the marks of generations of village children who have carved their initials on them, oblivious to the struggle the original owners had in paying off the debt the building incurred.

Another member of the family became a lay preacher following a visit by the Salvation Army who converted many. This was Thomas Cooper who is likely to be Emanuel’s son who was born in 1867. He began working in the village, as a ploughboy but was eventually to leave to become a labour master in Reading Workhouse.

It is probable that Emanuel Cooper (1825-1914), the father of Thomas, attended the chapel with his other children Elizabeth (1864-1928) and Jesse. Married to Mary Fletcher, Emanuel left the life of an agricultural labourer to become a railway worker. As a family they eventually lived next to the chapel in Chapel Cottage.

David and Elizabeth Cooper, our direct line, may not have been involved in the chapel as their first grandson; Thomas (1861–1926) was christened in St Mary’s Church in 1861.