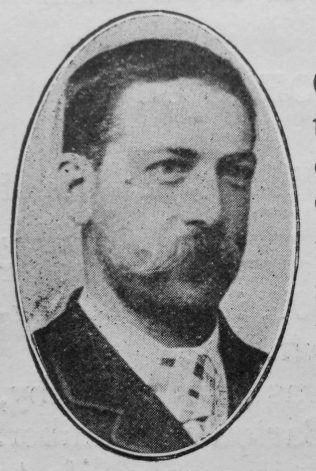 The Cardigan Street Church, Luton I., has sustained a great loss in the death of Brother John Clarke. He had been a member of the church for some years and had held the office of organist. The same office he had filled at High Town, also at Leagrave, and at each place rendered valuable service. After joining the church at Cardigan Street he rendered good service in the class meeting by conducting the praise part of the service; such help was highly appreciated by the class. Mr. Clarke was laid up for about three months, for ten weeks he kept his bed, but from the first the doctors held out no hope. He bore his affliction with perfect resignation to the Divine will. All was done that medical skill and family attention could do, but all failed, and on January 18th, the spirit of our dear brother went to be with Jesus, which is far better.

The writer frequently visited him during his illness, and was delighted to mark the development of his spiritual life. He grew in grace. He looked not to the things which are seen, but to the things which are unseen and eternal. The funeral took place on January 22nd, 1908, in the General Cemetery, Luton. A short service was held in the Cemetery Chapel, conducted by the Revs. S. Dobson and J. Anneson.

Mr. Clarke was well known and greatly respected by the church, the circuit, and the manufacturers of the town. He leaves a widow and family who greatly mourn their loss.