Maid, present at the death of Hugh Bourne 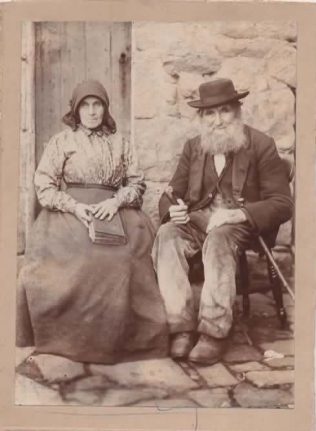 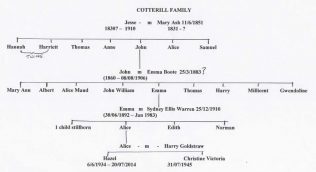 My grandmother Emma Warren told me that when she and grandad married they went to live with her paternal grandmother Mary Cottrell (nee Ash) by then Jesse, Mary’s husband, had died and she unfortunately had become blind and could no longer manage on her own.  It was then that my grandmother (Emma Warren) learned from Mary that she had been the maid and Jesse had been the labourer at the farm of James Bourne at Bemmersley Green and whilst she worked there Hugh Bourne had died and she had been present at his death.

Stephen Hatcher some time ago gave me a photo copy of a passage out of a book written by John Walford – Memories of the Life and Labours of Hugh Bourne’  on pages 374 & 375 he writes of the death of Hugh Bourne quote:

‘We were very anxious to learn particularly how the venerable Hugh Bourne left the world, and how he appeared in his last moments; or in other words, what were the difficulties he had to contend with while in the act or struggle of crossing over Jordan, ere he touched the eternal shore, and stepped on the banks of the heavenly Canaan.

We took the earliest opportunity of interrogating his sister-in-law Mrs. James Bourne, and her servant maid who were the only two persons present when he departed this life.’

The pictures show Mary and Jesse Cottrell, in later life of course, as they were only in their early twenties when they worked for James Bourne . The 1851 census return shows Jesse Cottrell, aged 23, a farm servant at Bemmersley Green , and Mary Ash, aged 22, a servant.

Also shown is a copy of the marriage certificate of Jesse and Mary, who married on 11 June 1851 at St John, Burslem.

I also include a family tree showing how I am descended from Mary and Jesse.