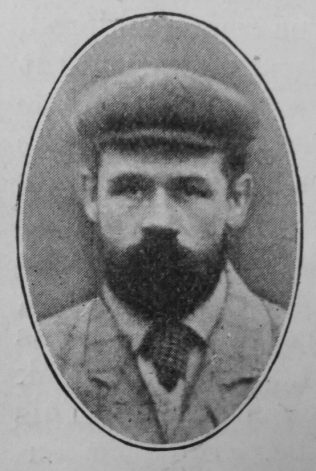 Among the fourteen men killed in the terrible colliery explosion at Washington, Co. Durham, Feb. 20th, 1908, was Robert Cowen, a local preacher and class leader in our Washington Station, Jarrow-on-Tyne Circuit. His childhood was spent at Sherburn and from earliest boyhood he has been associated with our church and school. In his teens he became a member and grew up a thoughtful and good young man, making the most of every opportunity for self-improvement. Moving to Chester South Moor he served the church in the Sunday School, Band of Hope, as class leader, and also as a local preacher, in which capacity his services were in great demand. For three years the family-lived in Australia, during which time Brother Cowen retained his membership in the church at home and supported it liberally. Mr. George Parkinson, who knew him from childhood, says all whe knew him regarded him as a true Christian. .

Our brother was of the “old school” and revelled in the story of the fathers of our church. He loved books and the fellowship of men who loved God. In his pit clothes he would talk of the church, his pulpit work and his spiritual experience; to be with him in such moods was a sacrament. At the time of the accident Mr. Cowen’s mother was lying at the point of death, and when the tidings of her decease reached Washington, Mr. Cowen’s son, though in heart-broken grief at the loss of his father, said in tearful joy, “Father and grandmother will have met before now.”

The scene on the day of interment is beyond description. Thousands lined the route from the chapel to the churchyard. Mr. J. Wilson, M.P. and Mr. J. Johnson, M.P., were present. Revs. E. Campbell and W. Pickering and Mr. Wilson and Mr. Parkinson took part in the service. (******LINKS) The widow, son and daughter are all in membership with us. May the God of all grace comfort and sustain them.

Robert was born abt1864 at Hallgarth, nr Sherburn, Co. Durham, to parents James, a coal miner, and Louisa.