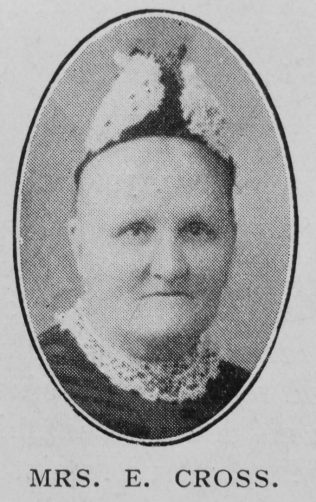 Transcription of obituary published in the Primitive Methodist Magazine by C.S.

Mrs. Emily Cross was born at Postwick, near Norwich, in 1829. The daughter of godly parents, early in life she gave her heart to God, and became a teacher in the Sunday School. Married in 1850, with her husband she removed to Adelaide Bridge, near Ely, where they opened their home to our people, and for many years preaching services were held there. Subsequently they built a church on their farm.

Mrs. Cross was always bright and cheerful, and, intensely interested in the prosperity of Zion, was a regular worshipper in the sanctuary, and a generous contributor to its funds and given to hospitality. The influence of her character is seen in the lives of her six sons and two daughters who are living and working for the kingdom of Christ.

Visiting her but a few hours before her departure, the writer found her happy in the assurance that she would soon be “at home with the Lord.” In the evening of June 12th, 1912, she passed peacefully away. Her remains were laid to rest in Ely Cemetery June 15th. On the following Sunday a memorial service was conducted in our Ely Church by Rev. C. Shreeve.