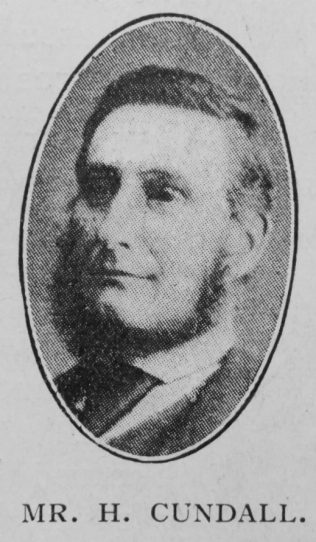 Our Church at Bramham, Tadcaster Circuit, has sustained a great loss in the death of Mr. Henry Cundall, aged seventy-nine years. Born in the village of Spofforth, December 3rd, 1832, about fifty years ago he came to Bramham, where he found the pearl of great price, and at once joined our Church. Our brother held the offices of society steward, chapel treasurer, Class leader, Sunday School superintendent, and trustee.

Genuine piety, sincere loyalty to Christ and the Church, geniality, peaceableness and kindness of disposition marked him. The preachers for many years were made welcome to his hospitable home. Greatly beloved by all his family, he had the joy of seeing them brought into saving communion with Christ and our Church. During most of our late friend’s life his health was good, but about six years ago he lost his dear wife, which affected him a good deal.

About twelve months since he had a serious illness, from which he never fully recovered. A fortnight previous to his death he was seized with paralysis, and on June 2nd he passed away.

Henry was born on 3 December 1832 at Spofforth, Yorkshire. I have not been able to identify his parents in online records.

He married Sarah Robinson (1827-1907) in late 1871 in the Wetherby Registration District, Yorkshire.