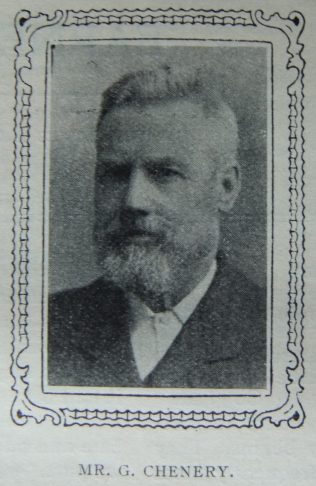 Our esteemed friend is a native of Thorpe Abbots, in Norfolk. From his boyhood he had good desires, and wished to live a Christian life. He erroneously thought that this could be attained unto by persistent abstinence from sinful practices, and strictly moral conduct. He subsequently removed to Hull where the plan of salvation was disclosed to him, and he sought and obtained forgiveness of his sins, and became a new creature in Christ Jesus. This great change he experienced some thirty-five years ago. In November, 1879, he came to reside at Witternwick in the Hornsea Circuit, at once uniting with our Church, thus forming a connection that has continued unbroken. In March, 1885, our brother was appointed Society Steward, and during the intervening period has faithfully and satisfactorily discharged the duties of his office.

During his protracted term of service this village church has had its vicissitudes at times as the result of removals, deaths, etc., reaching a very low ebb. Through all the changes our friend has loyally remained at his post. Most regular in his attendance at the class meeting, and at the public services of the sanctuary his presence could always be relied upon.

In his work for God and the Church he has been spendidly supported by his capable wife, who is ever to the fore in every good work. For the last thirty years they have most generously entertained both ministers and local preachers, who were always  assured of a hearty welcome. During the last year the chapel has been re-pewed and thoroughly renovated (largely on their initiative) at a cost of £60, the whole of which sum has been raised, and a marked improvement in the church’s life and activity all round recompenses these devoted and unstinted toilers for their years of faithful and loyal service.

George was born abt 1844 at Thorpe Abbots, Norfolk, to parents John and Mary. John worked the land.

George died on 12 November 1915 at Withernwick in Holderness, Yorkshire.