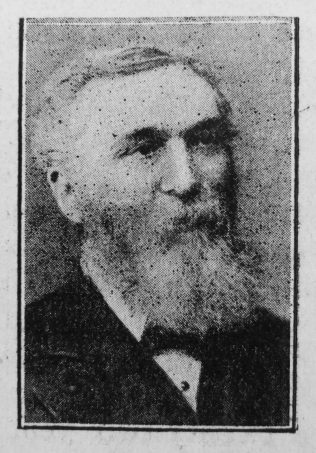 Transcription of Obituary in the Primitive Methodist Magazine by T.K. Upright

On the 21st October 1904, our venerable brother in his seventy-fifth year was called up into his Lord’s presence, and promoted to the higher Service. He was a member of our Church for nearly sixty years, and an official fifty-seven; filling with marked ability and great acceptance the positions of local preacher, class-leader, teacher, and superintendent of Sunday School, in the West Bromwich, Silverdale, and Ripley Circuits. The Rev. James Barnes  writing to the bereaved family says, “His chief delight in the Lord’s service was in camp meetings, and revival meetings, and for that class of service he was well qualified; for he was a strong man ‘full of faith and of the Holy Ghost’. I am free to say I never met with a more loyal and truehearted Christian than George Clayton.” The Rev. G. Cook says: “I often think of him as I knew him at Silverdale, as he took his place in the House of God, or was, planned with me at the camp meetings. These are delightful and refreshing memories. He gave a long and earnest life to the service of the blessed God, and now he reaps, his reward.” For twenty-two years our departed brother resided at Ironville in Ripley Circuit, where his name is as ointment poured forth. To the Churches in this circuit and other circuits, he was always a welcome visitor, rendering good and effective services where planned. It was to the ministers on the station a joy to visit him when his strength was declining, for he retained and evinced a lively interest in the circuit, and rejoiced in any signs of progress. The coming dissolution was only to be “clothed upon,” and to enter the house of many mansions. The interment took place on October 25th, at Codnor Park Cemetery, when a large number gathered. Our brother leaves a widow, who has always been a helpmate to him in his labours for Christ, and a large family, several of whom are engaged in the work their father so long espoused.

George was baptised on 10 October 1830 at St Peter, Wolverhampton, Staffordshire. His parents were George, a forge man (1851), and Mary.