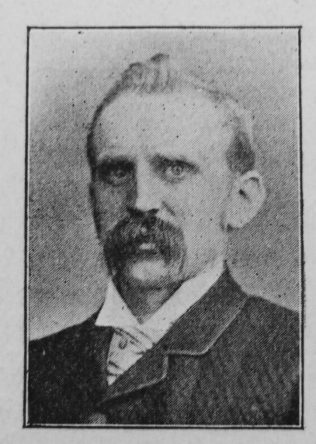 Transcription of Obituary in the Primitive Methodist Magazine by M.B. Stamp

The Dewsbury Church has been called upon to mourn the loss of Mr. George Crosby who passed from their midst May 14th, 1904. When eighteen years of age he came to Dewsbury and entered his uncle’s employ as errand boy, gradually rising until he became a member of the firm, securing through the whole of his thirty years’ connection with the business the increasing respect and esteem of all who had dealings with him. We quote a few testimonies to his sterling worth and Christian character from the firms he did business with. “We always found him straightforward and honourable.” “One of nature’s noblemen respected and revered by all with whom he came in contact.” “A man whose life was above suspicion, he was led and influenced by an unerring power that is only obtainable by living near to God.” Such testimonies from keen business men with whom he had constant transactions for years go very far to prove the religion he lived in every day life, compelled men to admire the noble character it developed.

The turning point in his life was caused by a letter written him by his sister when he was about twenty-one years of age. Having given his heart to God he at once sought the fellowship and communion of Christian brethren that the new life begun might be strengthened and stimulated, and joined the class of which he afterwards became the leader.

He loved the class meeting, looking upon it as one of the most valuable means of grace. Frequently was he known to come straight off a railway journey from the station before going home in order to be present at the meeting. As a Christian man he was most consistent, humble and generous, taking his share of the work of the church as a Sunday School teacher for many years, president of the Bible Class for a short time, and for some years a class leader and an efficient Society steward: besides being a trustee for more than one of the chapels in the circuit. He was a true Christian of the sunshiny sort, one who could enjoy an innocent jest, and loved a bit of humour, but whose faith in God and whose earnest devotion were all the more bright and beautiful for the cheerful habit of his life. As a husband and father he was most loving and devoted. We had hoped that he would for many years have been one of the principal pillars of the Church. But God has decreed it otherwise. God buries His workmen but carries on His work. Two years since last January he was smitten by paralysis. For a time he rallied, but in November last he had another seizure, becoming weaker, until he ultimately succumbed on May 14th.

Visiting him a few days before his death, he said: “I always feared dying, but now I am near the end I have no fear whatever, but a joyful anticipation of my release.” He earnestly joined in the prayers offered at his bedside and was full of confidence in God. After giving his relatives and friends words of parting counsel he calmly awaited the Master’s summons, and in passing away the Death Angel left a smile on his lips as a testimony of the fulness of joy into which he had entered.

George was born abt 1855 at Sheffield, Yorkshire. His mother was Elizabeth.

George died at Park Street, Dewsbury, and was interred on 17 May 1904 in the churchyard of St. Paul, Hanging Heaton, Dewsbury, Yorkshire.