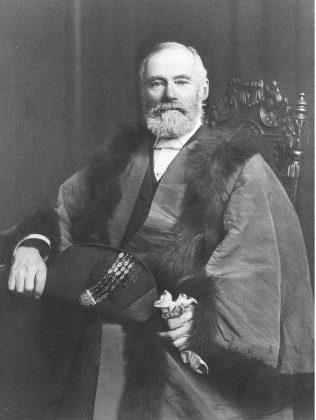 zoom
Henry Clark, pictured about 1920, dressed as an Alderman 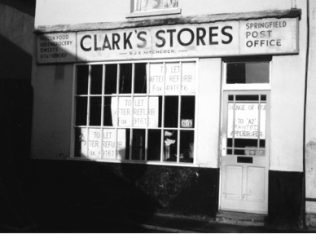 Henry Clark was born in Springfield, Esssex on 17th September 1846, the eldest son and third child (out of ten) of Benjamin Clark, butcher, of The Street, Springfield, and his wife Emma Algar. Non-conformity appears to have been introduced into the family by Emma, for the Algars had an association with Little Baddow Independents. Primitive Methodism had reached Chelmsford in the early 1850s.

It was in October 1862, a few weeks after attending a cottage prayer meeting in Union Yard, Chelmsford, that Henry ‘…gave his heart to God…’ and the following June he became a prayer leader with the Primitive Methodists. He used to walk as many as thirty miles on a Sunday to preach up to five times.

In 1864 Henry left the Chelmsford area for three years, moving to Mile End, Middlesex, in the east end of London, where he joined the London Third Circuit of the Primitive Methodists.2 While in Mile End he assisted William Booth in Booth’s earliest work in “The Christian Mission”, the predecessor to the Salvation Army, and he also spoke at Charles Haddon Spurgeon’s Metropolitan Tabernacle. It was also at about this time that he became a butcher.

On 22nd April 1867, at the age of twenty, he married Phebe Day (1849-1904) at the New London Road Independent chapel, Chelmsford; Phebe was just seventeen years old at the time. Later that year he returned to Springfield and was reinstated on the list of preachers for the Chelmsford circuit.

For a time Henry and Phebe resided in lower Springfield near the wharf, but by early 1870 they were living in Springfield Street. In 1871 he was described as a ‘master butcher employing 1 boy’ and he and Phebe could afford a domestic servant to assist them with their two young children. By 1874 he was trading out of his own shop. In 1881 he was still trading as a butcher, but by 1891 the business had expanded to become a grocery.

By 1901 Henry’s business interests had expanded to include cartage contracting, and at one time he had the contract to remove Springfield’s night-soil. Quite how the health authorities reconciled this activity with running a grocery shop remains a mystery, but perhaps, as a local councillor, Henry was able to influence their decisions! Family lore has it that on occasions Henry was prosecuted for working lame horses, but I have not been able to verify this story.

The family shop was situated on the corner of Springfield Street and Springfield Green (the name given to the road leading up to the Green itself), two doors down from the vestry hall of All Saints church and tucked behind “The Endeavour” public house. Henry Clark kept on at the shop until the late 1920s, by which time he was in his eighties, when he passed it on to his daughter, Edith Emma Clark.

Although his obituary would later claim that Henry Clark was ‘…an original member of Springfield Parish Council…’ this was not, in fact, the case, although he was active in parish affairs before the formation of the council. The Local Government Act directing the formation of parish councils was enacted in 1894, and Springfield held its parish meeting to elect a council under the new rules on 4th December of that year. Henry stood as a candidate, but was defeated on a show of hands, and he was unsuccessful again in the subsequent formal election two weeks later on 17th December. It was not until April 1898 that he was elected as a parish councillor, but he then remained on the council until early in 1908. His main interests seem to have been ‘technical instruction’ and fire appliances, and he regularly served on the committees responsible for these activities.

In 1906 the Borough of Chelmsford proposed to take lower Springfield, a large part of the parish, into its own boundaries, and, despite vigorous opposition from the village, this proposal was confirmed by parliament in October 1907. Henry Clark then became a councillor for the Springfield ward of the enlarged borough, and remained so until his retirement in 1934 after thirty-six continuous years of service to local government. Not surprisingly, considering his contract to remove night-soil, his principal committee interest seems to have been sewerage! He was elected an alderman of the borough in 1914, and at the time of his retirement he was senior alderman. His obituary reported that ‘…his deafness obliged him to decline nomination for the mayoralty.’

Henry remained a devoted Primitive Methodist throughout his life, and the minutes of Hall Street chapel contain many references to him. He was variously secretary, president, delegate to the district meeting, on the Sunday school committee, and a trustee of the chapel itself. He was for sixty years the senior circuit steward. The minutes refer several times to illness. In 1874 there is a minute noting that Henry had ‘…fallen into trouble through the unrighteousness and cruelty of a creditor, J. Dyke…’ but no details are given except that Mr. Dyke was subsequently removed from membership. In 1904 there is a minute referring to the death of Phebe Day ‘…who for 40 years was a member of this church.’ In 1931 the minutes record that the ‘Election of our Senior Circuit Steward Alderman H. Clark as a Deed Poll member of Conference is regarded as a worthy reward and crown for long and honourable service.’

On 21st October 1937 Henry Clark addressed the Hall Street Methodist chapel guild. The address was taken down in shorthand by a member of the audience, and is preserved at the chapel. (See the attached document) Not surprisingly, at the age of ninety-one years and speaking without notes, Henry rambled at times, but the address was an insight into one man’s passionate journey with Primitive Methodism.

Henry and Phebe had thirteen children, three of who died as infants.

On 3rd November 1941 Henry Clark died suddenly of old age at his home behind the shop at 109 Springfield Street, at the age of ninety-five years. On 8th November a memorial service for him was held at Hall Street chapel, and he was subsequently laid to rest at Springfield All Saints.