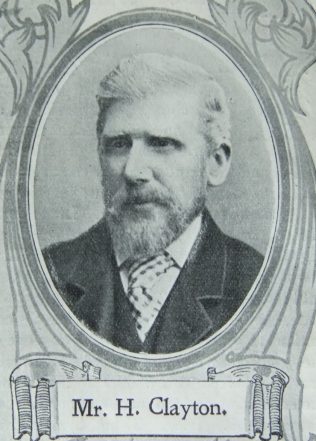 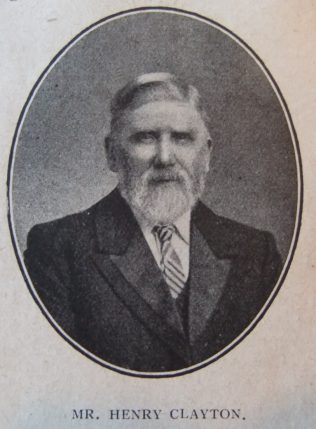 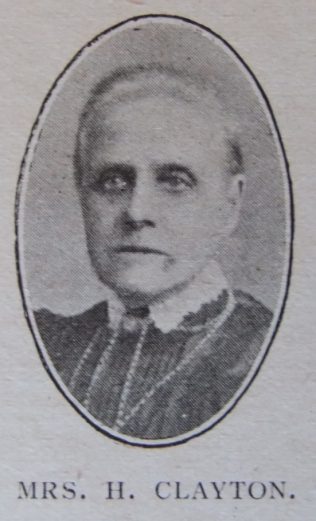 Mr. Henry Clayton joined our Church over forty-one years ago when what subsequently became the John Street cause was known as the Hereford Street Mission. Since that time he has filled many offices, and rendered great service to the Church: Class leader, Sunday School teacher, Band of Hope worker – in all these departments he was faithful and devoted. For thirty-one years he was Senior Society Steward, and jealously guarded the financial and other interests of the Church. Two years ago he became Senior Circuit Steward in succession to the late Mr. H. Adams. As keeper of the purse he will be faithful and generous. Mr. Clayton has commanded his children after him. His three sons are all office bearers in the church, of which their father is chief officer, and their best efforts are directed for its general prosperity.

Henry was born abt 1841 at Sheffield, Yorkshire, to parents John and Mary. John was a wood turner.

Henry joined the PM church in 1867 and worshipped in a mission room in St Mary’s Lane until the John Street Church was built.

Henry married Mary Ann Dalton (abt 1841-1915) in the summer of 1860 at Sheffield, Yorkshire. Census returns identify three of five children.