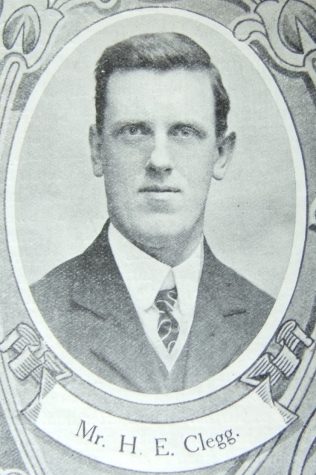 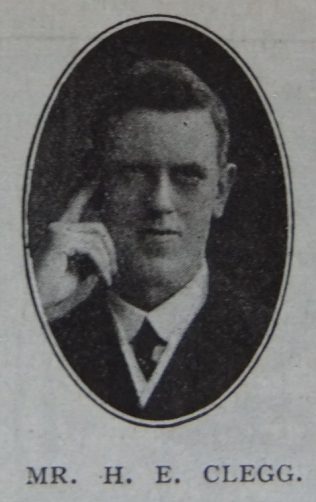 Mr. Clegg has held the position of Steward in Leeds Seventh Circuit for the last three years, and has performed the duties of his office with marked efficiency.

He is more than a mere financier. He gives practical evidence of the deepest interest in all that concerns the life of the Church – especially on its Spiritual side. He is invariably present at our weekly meeting for religious fellowship. He always stays to the Sunday evening prayer-meeting and takes an active part.

A solicitor in regular practice, the wonder is how he can find so much time to devote to religious work, for in addition to his Circuit Stewardship, he is one of the Superintendents of our Belle Vue Sunday School, a member of the choir, and the assistant leader of a class. And in none of them is there any slackness of hand.

Leeds Seventh Circuit is proud of its Steward, and has every reason to be.

Henry was born on 20 April 1869 at Leeds, Yorkshire, to parents Henry and Mary. Henry was a cabinet maker. His younger brother, William, became a Vice-president of Conference.

Henry was a director of the Leeds Institute, and was associated with the Boy’s Modern School. He was an active cricketer, played for Yorkshire at lacrosse and frequently umpired various sports. He also played golf.